We got McAuliffe at Fort Ward in Alexandria, VA and asked him how Bill Clinton got past John voting in 1999 to impeach him and 18 years later pay tribute to McCain at his memorial service over the weekend in the nation’s capital. 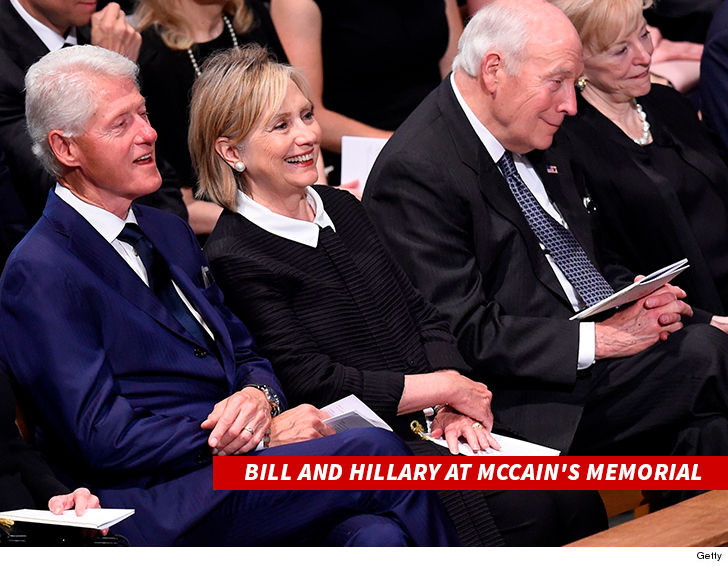 A little backstory … John and Hillary were in Estonia on a congressional tour in 2004 when the Arizona senator challenged the New York senator. McAuliffe tells us Hillary did NOT back down … but ya gotta watch the vid to find out the final score.

In short, McAuliffe says even though McCain and the Clintons hailed from different political parties, there was never any disdain towards each other, and that much was evident with the Clintons — along with scores of McCain’s political rivals — attending the late senator’s memorial service.

As we reported … former Presidents Barack Obama and George W. Bush delivered eulogies for McCain at the service inside the Washington National Cathedral. The eulogies came at McCain’s request.

There was no shortage of shots at Trump, who was never mentioned by name.