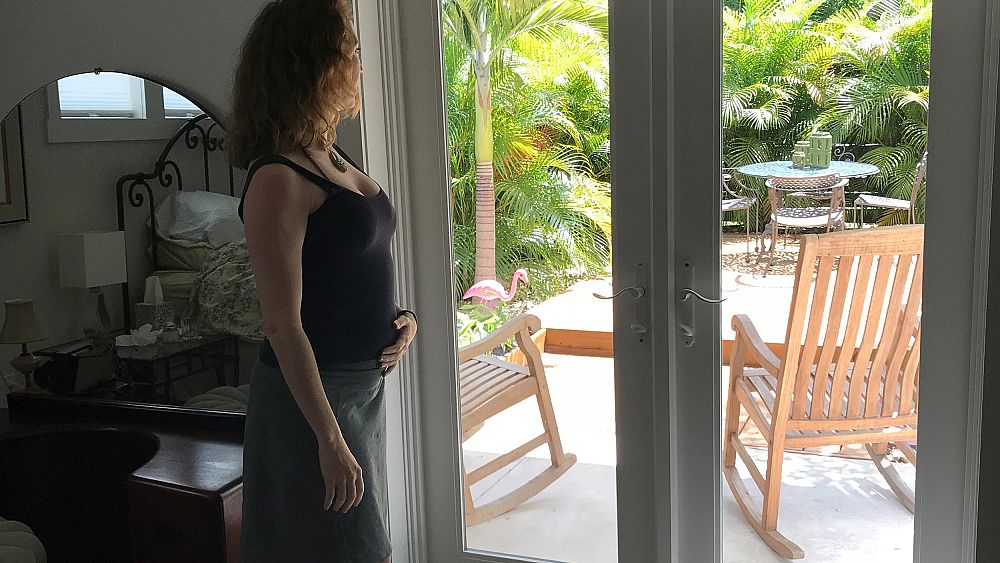 SIESTA KEY, Fla. — It started with a tickle in her throat. Then came the coughing, then the headaches.
When the symptoms began earlier this summer, Monet Sexaure, 40, who is four months pregnant, couldn’t understand what was causing them.

“I thought I was coming down with a cold,” she said. “But I never got a cold.”

Then Sexaure went for a walk on the beach and her headache flared up — and she thought she might have figured it out. Sexaure lives in Siesta Key, a barrier island off the coast of Sarasota, Florida. That’s right in the path of the state’stoxic red tide.

The tide, a wave of microorganisms that choke sea life, hit the Gulf of Mexico last November and now spreads over about 130 miles of Florida’s southwest coast. Gov. Rick Scott has issued a state of emergency for seven counties, where waterways and coastlines are filled with putrid fish floating in brass-colored water.

The red tide also poses a health risk to people. The microorganisms emit brevetoxins, which can get blown into the air. When the toxins are breathed in, they constrict passages in the lungs, causing people to cough and have difficulty breathing.

Dr. Charles Klucka, an allergist with offices in Fort Myers and Punta Gorda, said he has seen 20 percent more patients with breathing difficulty this summer than in previous years, and he believes the red tide is to blame.

Klucka said he’s concerned about the lack of research on long-term exposure to brevetoxins. “For people that live exposed months and months, we don’t know the long-term effects,” he said.

Red tides seem to have increased in frequency and persistence over the last 20 years, though the historical record is too sketchy to say whether the events are really more prevalent. The current episode has lasted more than nine months, but it does not yet approach the 17-month red tide that beset South Florida from the end of 2004 until early 2006, or the red tide just a few years before that, which didn’t dissipate for an epic 21 months.

Dr. Donald Arents, a pulmonologist in Venice, Florida, also reported a 20 percent increase in patient visits that he believes is connected to red tide. His patients with lung diseases, like asthma, have particularly been affected, but they’re not alone.

“We’re seeing people come off the street, with no lung diseases, who have symptoms,” he said.

In the past week, the Florida Department of Health has seen an increase in emergency room visits for respiratory problems, mostly in children. But that increase is in line with one at the start of every school year, said Brad Dalton, a department spokesman.

The department is working “to identify possible cases of illness related to human exposures to algae toxins,” Dalton said. The department has not released any numbers and declined to provide a timeline for doing so.

The state’s two U.S. senators, Bill Nelson and Marco Rubio, last weekwon Senate approval for $1 million in funding to study the health impacts of both the red tide and a toxic blue-green algae that has tainted rivers, canals and lakes in the south end of the state. The lawmakers said the money would identify health impacts “that may have been underreported and understudied in the past.”

For Sexaure, of Siesta Key, this year’s red tide is much worse than anything she’s experienced. She remembers getting a scratchy throat while walking on the beach during past red tides, “but nothing like this,” she said.

Unsure where to turn, she called Florida’s Poison Control Centers and was told to wash her clothes frequently, because the toxins can cling to fabric. Her obstetrician recommended Benadryl, but that doesn’t get rid of her cough and shortness of breath, and she’s worried about the long-term effects on her health and the baby girl she’s expecting in January.

In the meantime, she’s left her island home and is renting an Airbnb a mile inland, in Sarasota. She and her husband have started shopping for a new house. They’re looking away from Siesta Key, the coast and the red tide that just won’t seem to go away.