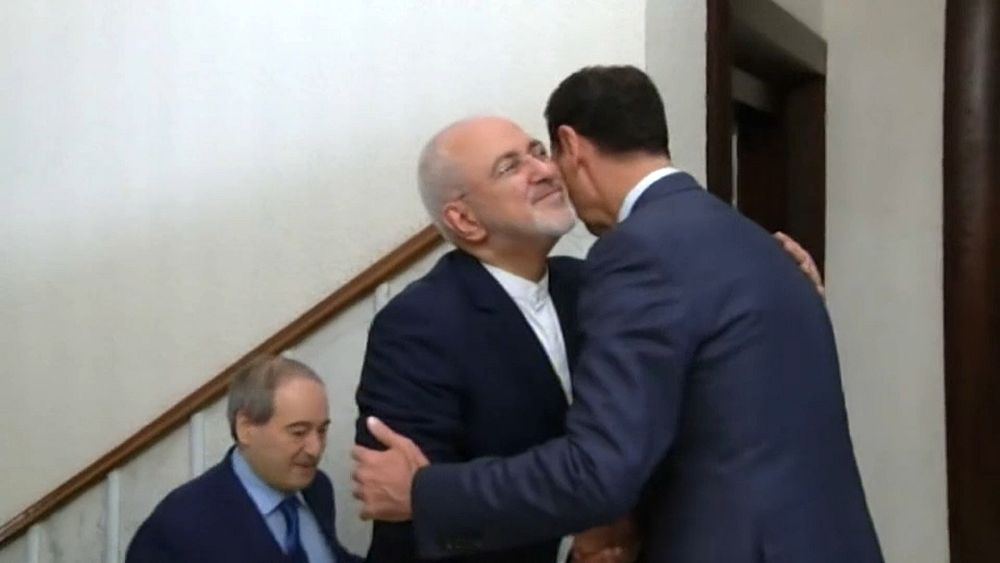 Iran’s foreign minister Mohammad Javad Zarif has held talks with Syria’s president Bashar Al-Assad as what could be the last major battle in Syria’s seven year old war looms.
The Syrian army is planning an offensive to recapture Idlib province, which is the last remaining major stronghold of rebel groups oposed to Assad.

On Tuesday Zarif said that Iran’s military aims to help remove militants from Idlib with “the least human cost.”

Russian warplanes have resumed airstrikes on targets in the province for the first time in three weeks.

Al-Qaida linked groups are based there and Russia says it wants to defeat them.

The UN has warned that an offensive in Idlib will result in a huge humanitarian toll.

It says in the past six months around half a million people have arrived in the province after fleeing government offensives elsewhere in Syria.

Now it says, they have nowhere else to flee to.

Also on Tuesday the top U.S. military officer warned that a major Syrian military assault on Idlib would lead to a humanitarian catastrophe and instead recommended more narrowly tailored operations against militants there.

“If major military operations take place we can expect humanitarian catastrophe and I think we would all want to see that be avoided,” Marine General Joseph Dunford, chairman of the Joint Chiefs of Staff, said.