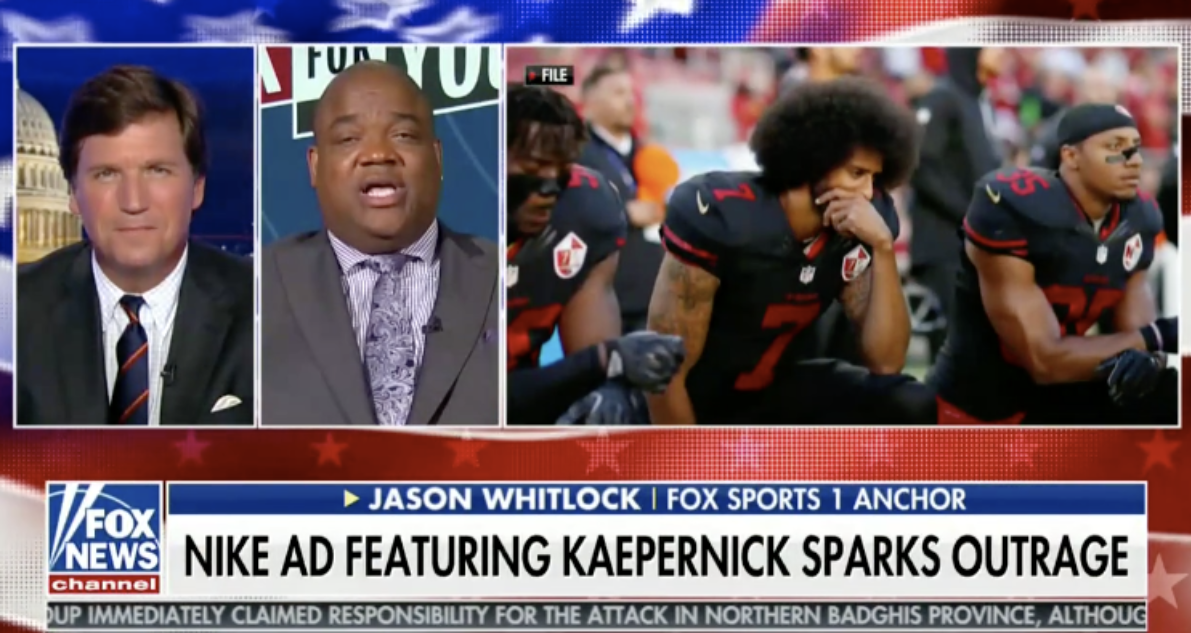 “It’s a P.R. Stunt that I think it’s going to blow up and backfire in their face. No different — this reminds me of ESPN naming Caitlyn Jenner the most courageous person in America, because she had a sex change operation,” Whitlock said. “I think this is cut from that same cloth and how doing that labeled ESPN as ‘PC’ and ‘out of touch with middle America.’ I think this play with Colin Kaepernick is going to backfire on Nike.” (RELATED: Exclusive: Trump Critical, But Says Nike’s Kaepernick Deal ‘Is What This Country Is All About’)

“What you’re saying is this is a company that could be attacked on legitimate grounds by critics and on the left for exploiting workers, for being bad for the world, but to avoid being attacked they pay a kind of an indulgence, a tax to the church at PC by making Colin Kaepernick even richer and they don’t get criticized. Is that what you are saying?” Carlson asked.

“Without question. And I think that this was really a harebrained idea and scheme. It’s a sign of desperation. It’s going blow up in their face. It is bad business. And I get it. For a business to move into something this polarizing with sports fans is just crazy to me when Nike has made so much money,” Whitlock continued. (RELATED: Athletes Celebrate Nike’s Campaign Featuring Colin Kaepernick)

Kaepernick created a national stir when he decided to sit out the national anthem — later choosing to kneel — back in 2016. Others followed suit, but he was the first one to do it and the league has since altered their policy to try and end kneeling.