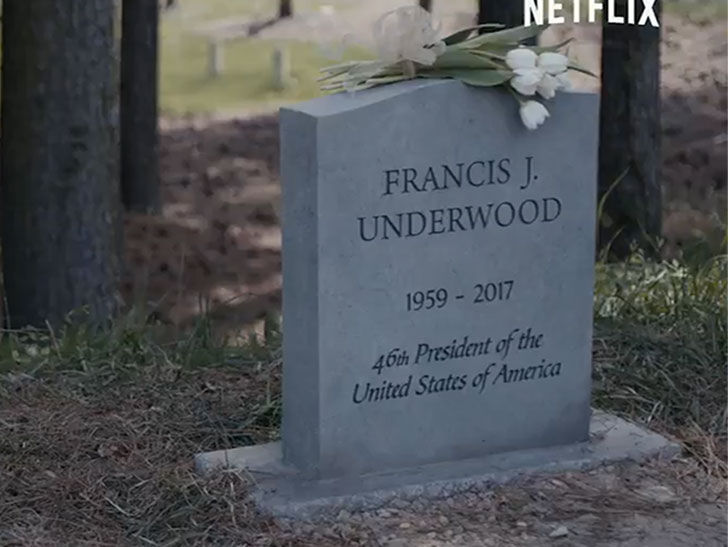 Kevin Spacey is getting an ice-cold send-off from “House of Cards” … courtesy of Robin Wright, whose character is practically dancing on his grave.

We’ve known for months Spacey’s character, ex-Prez Frank Underwood, would be killed off in the show’s final season, and with this new trailer we get our first look … at his tombstone.

Netflix decided to 86 Spacey last November, after multiple allegations of sexual misconduct surfaced — including several from crew members from the show.

We still don’t know how he dies, but Claire’s final words for him — poetic and perfectly frigid.