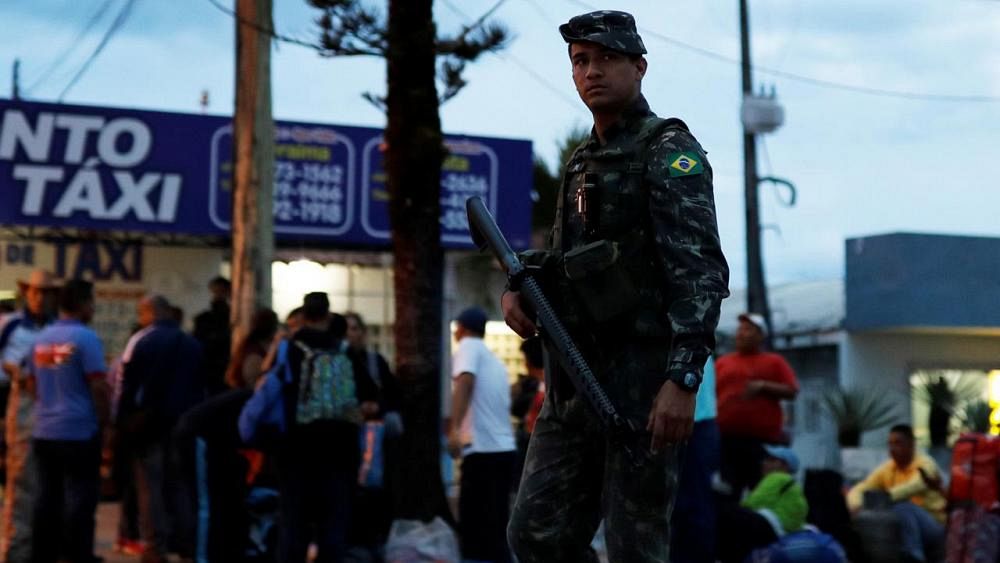 Representatives from eleven Latin American states have met in Ecuador and agreed to relax passport requirements for those fleeing Venezuala
Shortages of food and medicine, have led to hunger, and disease and hyper-inflation has crippled the economy, pushing over two point three million Venezuelans to leave.

Migrants with expired passports will now no longer be refused entry at their borders.

Venezuela called the meeting “xenophobic” and boycotted it.

“We are convinced by the geography that it is necessary that we join efforts. It is necessary that we share the burden among ourselves,” says Chilean official Raul Sanguenza. “Either we come out of this crisis together, which is the most important one that the region has had, or nobody will come out unscathed from it.”

One group of Venezuelan migrants in Lima are unusual: they now want to go back home and are queing up at the Venezuelan embassy in Peru’s capital to be repatriated.

“The truth is we cannot really stay here (in Peru) and pay the rent because we cannot afford it,” says Venezuelan citizen Armando Salazar. “We cannot get jobs and so we prefer to go back and fight in our country.”

But now many Venezuelans will no longer have to pay expensive bribes to get a new passport.

And it’s likely that many of those with expired passports will vote with their feet and seek better lives elsewhere on the continent.