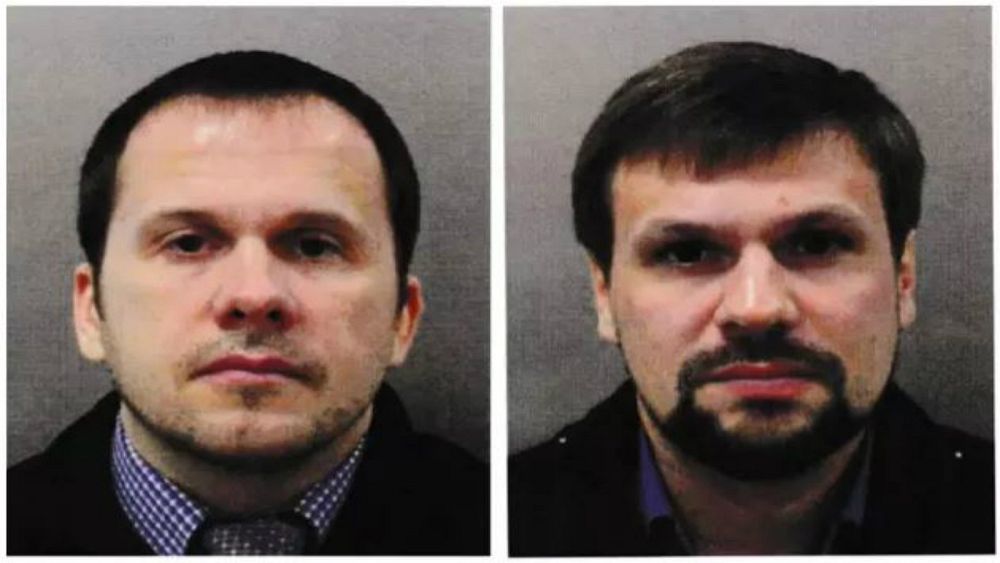 The two suspects in the Novichok murder case in England are Russian intelligence officers, it’s been claimed.
British Prime Minister Theresa May made the accusation in the House of Commons and again said Moscow was behind the attack.

It comes after police today said they had sufficient evidence to charge Alexander Petrov and Ruslan Boshirov with conspiracy to murder Sergei and Yulia Skripal and a British police officer in the English city of Salisbury in March.

A European arrest warrant has been issued for the pair — but Britain will not seek extradition for them because of Russia’s reluctance to transfer its own citizens.

May accused Russia of obfuscation and lies over the Novichok case.

“Their attempts to hide the truth by putting out a deluge of disinformation, only reinforces their culpability,” she added.

The two suspects are believed to have arrived in the UK on March 2 and departed on March 4, the night of the attack on the Skripals. There is no evidence to suggest they have re-entered the UK since.

In a statement, Assistant Commissioner Neil Basu, the national lead for Counter-Terrorism Policing, warned that the two suspects were travelling under aliases.

“It is likely that they were travelling under aliases and that these are not their real names,” he said. “We would like to hear from anyone who knows them. We are releasing these photographs of them, from the travel documents they used to enter the country.”

The charges against the two suspects include:

Police have also linked the attack on the Skripals and the poisoning of two other British citizens in a nearby town.

“Over the last six months we have meticulously followed the evidence, working closely with specialist forensic teams and scientists, as we have investigated both the attack on Sergei and Yulia Skripal in Salisbury, and the poisoning of Dawn Sturgess and Charlie Rowley,” said Basu.

“Let me be clear, we have no doubt these two incidents are connected and now form one investigation.”

Sturgess and Rowley, both British nationals, were hospitalised in critical condition on June 30 after exposure to the Novichok nerve agent in Amesbury, which is less than 13 kilometres from Salisbury. Sturgess, 44, died eight days later.

The diplomatic fall out

The UK has long accused Russia of being behind the poisoning. It prompted the biggest Western expulsion of Russian diplomats since the Cold War as allies in Europe and the US sided with the British view.

Moscow has repeatedly denied any involvement.

On Wednesday Russia’s foreign ministry said the information published by British police “means nothing to us”.