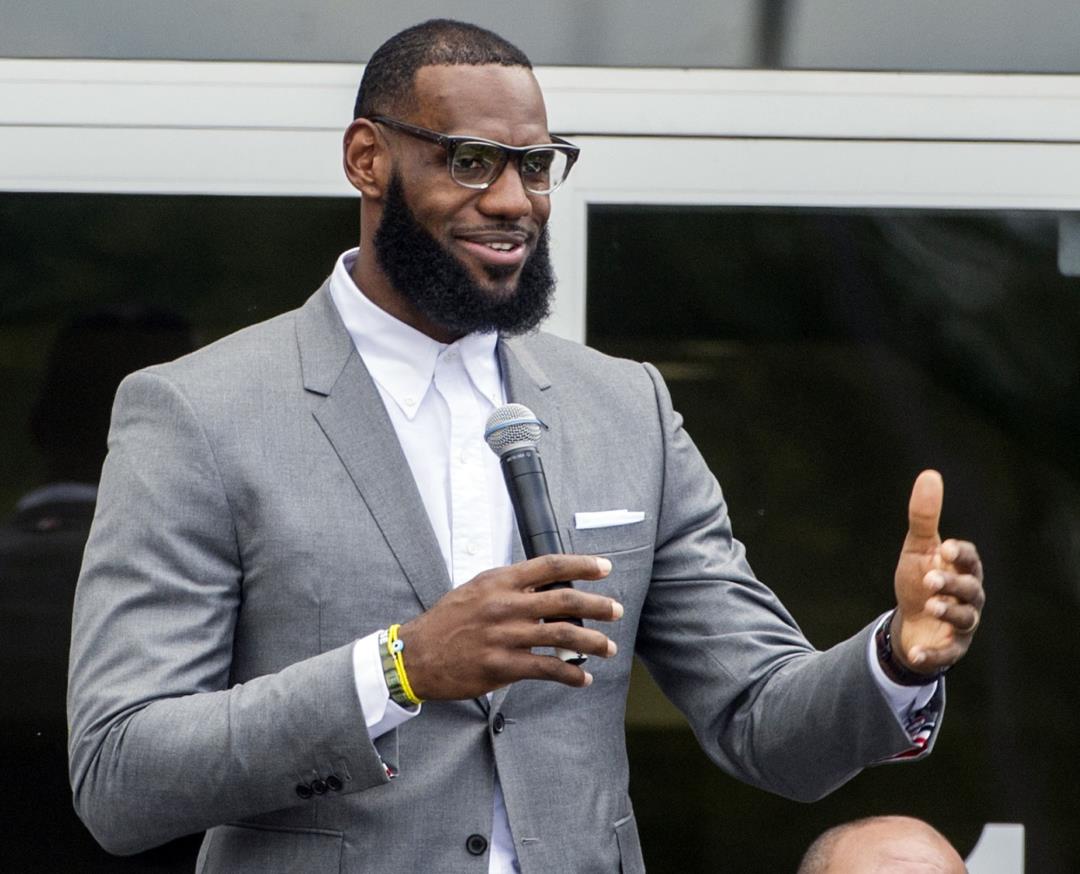 (Newser) – Clutching his young daughter in his arms, LeBron James said on Tuesday that he “stands with Nike,” a clear reference to the company’s Colin Kaepernick ad campaign. The basketball superstar—and new Los Angeles Laker—made the remarks as he received an award Tuesday for both his style and his philanthropy from Harlem’s Fashion Row, the AP reports. The fashion collective partnered with Nike for the New York event, both a fashion show and an awards ceremony that focused on diversity and inclusivity in the fashion world. The evening culminated in the reveal of the latest LeBron James Nike basketball shoe: a women’s sneaker designed by three female African-American designers.

In emotional remarks, James paid tribute to the three women in his life—his mother, wife, and 3-year-old daughter, Zhuri. He noted how his mother had raised him alone and given him “a sense of pride, a sense of strength, a sense of no worry.” He called his daughter “my rock.” “People always told me if you ever have a girl, she’ll change you,” James said. “I was like, nobody’s changing me, I’m a man.” But she did, he said. Closing his remarks, he said he stood “for anybody who believes in change.” He added: “I stand with Nike, all day, every day.” (President Trump says he thinks the Kaepernick campaign sends a “terrible message.”)