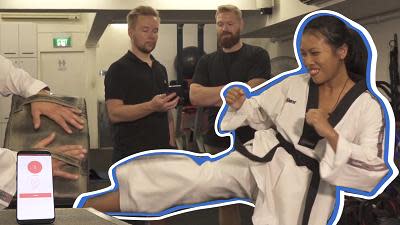 The world’s most expensive smartwatch costs $180,000 and it’s covered in 589 diamonds, according to its maker, Tag Heuer. It’s the blingiest smartwatch ever produced.

The watch has a removable, scratch-resistant and sapphire crystal module (the window and parts inside the case) and the pair of lugs (connecting the watch to the strap) have 16 diamonds each and are finished with polished white gold; the strap has 495 diamonds and the bezel has 78.

The 45 millimeter AMOLED display screen ( technology that allows for better picture quality and is easier on the eyes) has touch display with 400 x 400 screen resolution, higher than a Samsung Galaxy Watch at 360 x 360, and Apple Watch at 312 x 390; 512 MB memory and 4 GB storage, same as Galaxy and smaller than Apple Watch starting at 8 GB. The processor is powered by Intel. The smartwatch runs Android 4.4 or iOS 9.3 or later versions, according to the website.

The watch has Wifi, Google Fit Workout app installed for workouts, email, GPS, Android Pay (like Apple Pay), apps like Spotify and Netflix and Google Assistant, like Apple’s Siri, which you can talk to with the watch’s microphone.

Louis Vuitton’s smartwatch, the Tambour Horizon, was previously the most expensive smartwatch at $2,450, according to Tech Radar. Apple had a gold, $17,000 Watch Edition that was discontinued in 2016.

Oprah Winfrey just bought a $8.3 million mansion on an island near Seattle — take a look inside

These are the top 10 most liveable cities in America