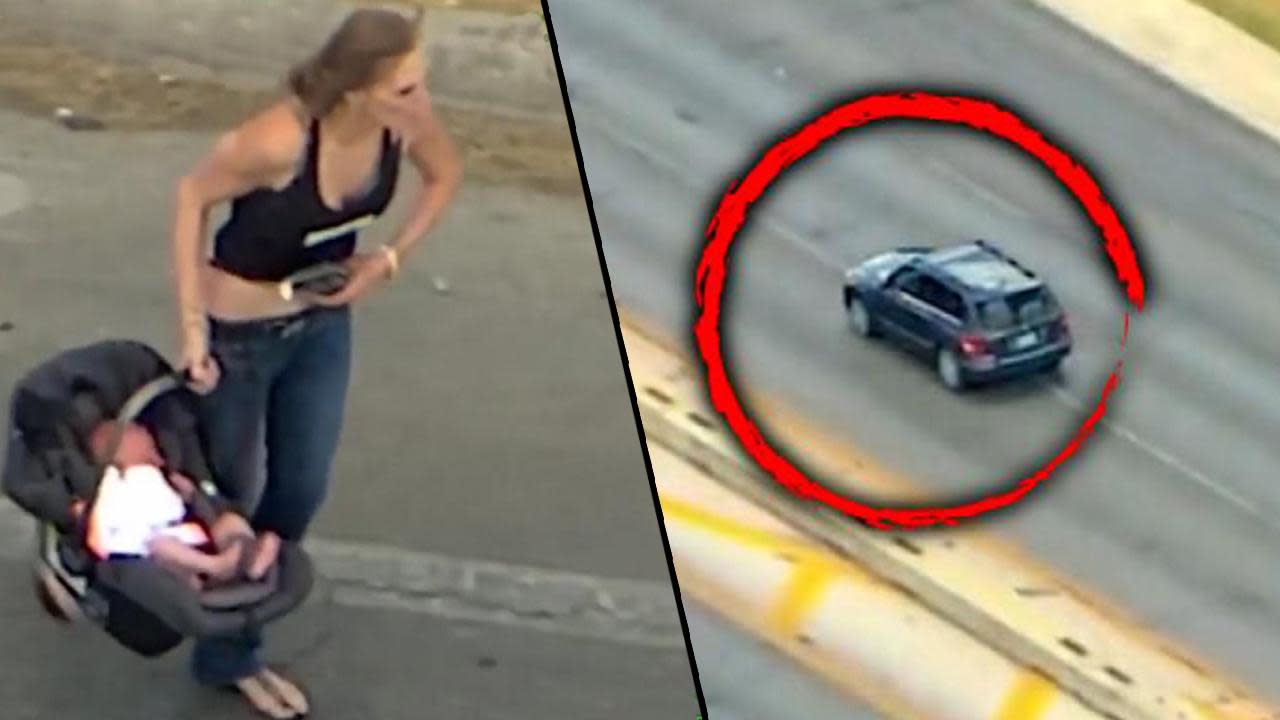 A Texas woman has been arrested after allegedly leading police on a high-speed chase and then attempting to flee on foot before trying to carjack another vehicle, all while carrying a baby, officials said.

Caitlyn Rodriguez, 29, allegedly fled during a traffic stop after her Mercedes SUV was pulled over by a trooper with the Texas Department of Public Safety on June 15, according to newly released video footage by the department.

The SUV could be seen speeding down a busy highway, at one point hitting 100 mph, before running over a tire deflation device that disabled her front tire, police said. The vehicle swerved and went off-road before veering into oncoming traffic, driving through red light and then crashing into another car, video showed.

Rodriguez could then be seen running around to the passenger’s side of the car, where she grabbed the infant’s car seat and took off running across a busy street.

She then allegedly tried to carjack another vehicle by jumping into the passenger’s seat while still carrying the baby, officials said.

The driver of that vehicle ran out and grabbed a child from the backseat as police removed Rodriguez and her baby from the car. The infant was not harmed in the incident and was released to the care of Child Protective Services, authorities said.

Rodriguez was charged with child endangerment, evading arrest and possession of a controlled substance, officials said. She allegedly had outstanding warrants out for her at the time she was pulled over, cops said.

Rodriguez was being held at the Bexar County Jail as of Monday, online records showed.

'Take her out': New recording appears to feature an angry Trump telling associates to 'get rid of' the US's ambassador to Ukraine after he was told she bad-mouthed him
2020-01-25