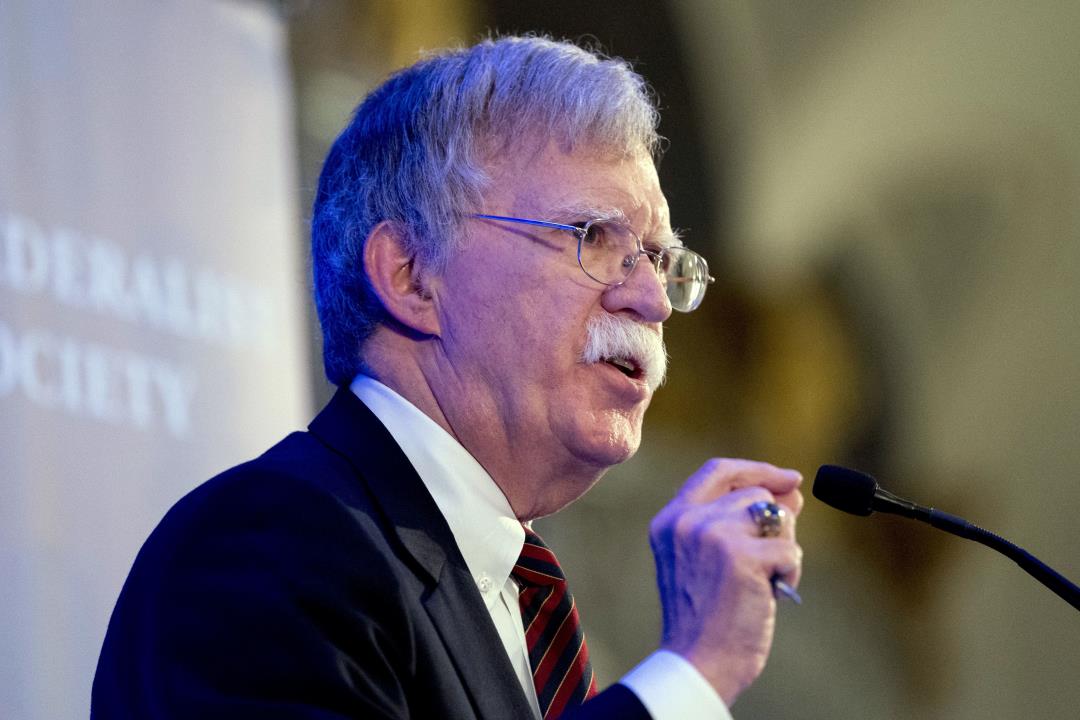 (Newser) – John Bolton gave his first major speech as national security adviser Monday, and it was a doozy. He unloaded on the “illegitimate” International Criminal Court and warned its judges they will pay a stiff price if they go after US troops in Afghanistan, reports the New York Times. “The United States will use any means necessary to protect our citizens and those of our allies from unjust prosecution,” said Bolton. “We will ban its judges and prosecutors from entering” the US, “we will sanction their funds in the US financial system, and we will prosecute them in the US criminal system.” He added that the same punishments apply to “any company or state that assists in an ICC investigation of Americans.” The speech came as the US took a related action by shutting down the Palestine Liberation Organization’s office in DC.

The two developments are related in that Palestinian leader Mahmoud Abbas is threatening to take Israel to the ICC, reports CNN. The “PLO has not taken steps to advance the start of direct and meaningful negotiations with Israel,” says the State Department in justifying the office closure. And Bolton added, “We will not allow the ICC, or any other organization, to constrain Israel’s right to self-defense,” per the Wall Street Journal. Bolton, along with many on the right, has long viewed the ICC as hostile to America, notes the Times. “The largely unspoken, but always central, aim of its most vigorous supporters was to constrain the United States,” Bolton said Monday. Now, he says, per the Guardian, “the ICC is already dead to us.”