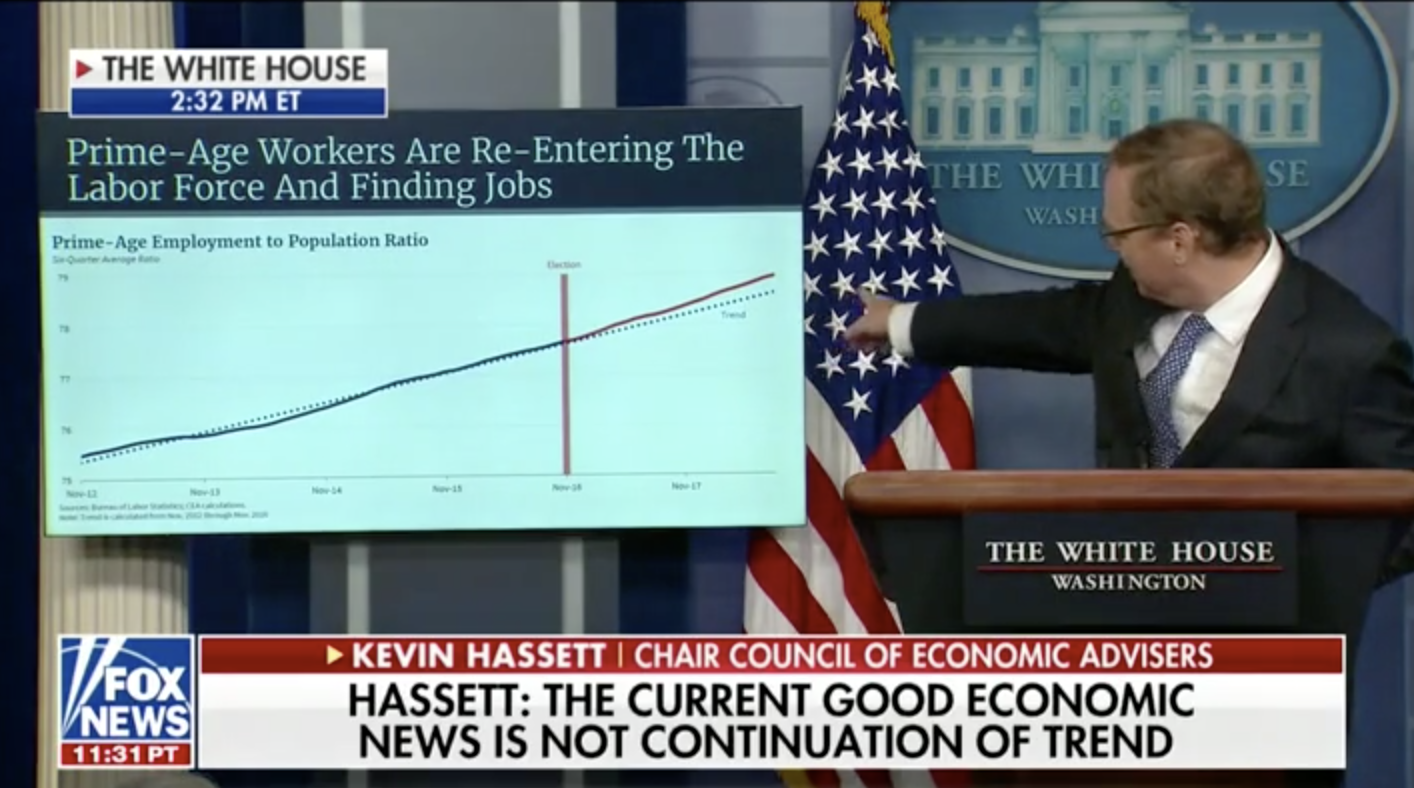 The Trump administration marched out one of their top economists to fact-check former President Obama’s claims that his administration deserves the credit for roaring economic numbers.

President Obama has been taking credit for the historically good economic numbers that are occurring under the Trump administration in a series of speeches around the country. At a speech at the University of Illinois, Obama scoffed at claims that some of the greatest economic numbers in American history are occurring under Trump’s administration.

“When you hear how great the economy is doing right now, let’s just remember when this recovery started,” Obama said. “I’m glad it’s continued but when you hear about this economic miracle that’s been going on, when the job numbers come out, monthly job numbers, suddenly Republicans are saying ‘It’s a miracle.’ I have to remind them — actually, those job numbers are the same as they were in 2015 and 2016.”

Kevin Hassett, chairman of the Council of Economic Advisors, opened Monday’s press briefing with a fact check of this Obama claim. Hassett showed a series of charts and data points while explaining that there are multiple economic trends that swung in the positive direction when president Trump was elected, including small business optimism, nonresidential fixed investment, capital spending, durable goods orders, purchasing manager index and new businesses.

Peter Baker of the New York Times questioned Hassett’s data, wondering if the charts were showing false positives since the tracking was pegged to Trump’s election date and none of his policies were in place yet. Hassett cited a Nobel-Prize-winning economist who established that the American economy is “forward-looking” and that investment is a forming of a trend for where investors are predicting the economy will go.

“You have to look at the moment that President Trump was elected in both equity markets and incentive surveys,” Hassett said. “People started to ratchet up their expectations for the economy.”

Hassett took a not-so-veiled shot at Hillary Clinton in his conclusion, saying, “Perhaps everyone except Mrs. Clinton’s supporters were starting to do that right after the election. The fact is, those expectations turned out to be rational because the turnaround that they expected was something that we see.”