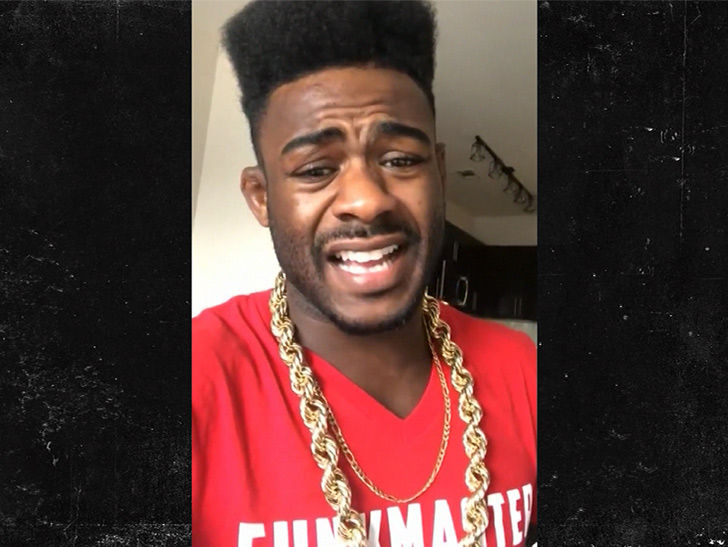 Wanna hear something gross? Imagine putting your opponent in a KNEEBAR and then hearing it POP!!!!!

That’s exactly what happened to UFC star Aljamain Sterling this weekend — when he was ripping away at Cody Stamann‘s knee and heard it explode right in the Octagon!

The “Funkmaster” was ripping Stamann’s left leg over his head with an excruciatingly painful move, when he pulled just a little too hard and heard the joint go snap, crackle, POP!

“I heard it bro,” Sterling tells TMZ Sports … “It was a nasty one!”

Sterling says he feels bad for Stamann and hopes he heals up soon — but fears the dude tore his LCL and maybe even more … judging by the way the injury went down.

Injury aside, Sterling’s victory was super impressive and Aljamain says Dana White took notice — even promising to send him a little bonus check in the mail for putting on a show at UFC 228.

Congrats, man … you earned it!