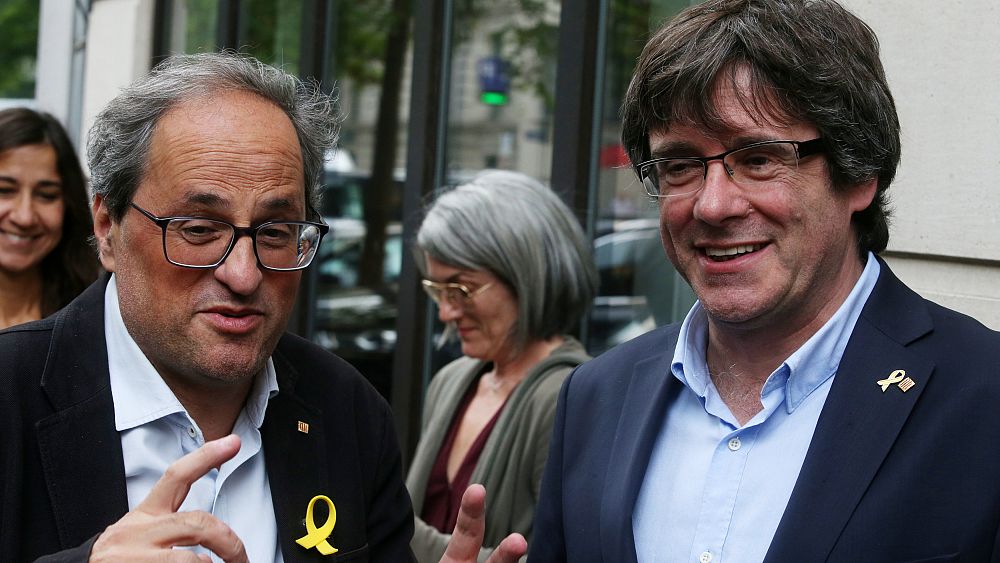 Catalonia celebrates “La Diada” today, and separatists are marking the occasion with a show of strength in the streets. It’s the first National Day since the region declared independence last year and kicked off constitutional chaos.

Torches were lit and they were chanting “Independence!” in the streets of Barcelona last night on the eve of La Diada. Pro-independence protesters stopped in front of city hall, where regional leader Quim Torra spoke underneath pictures of imprisoned separatists. He called for people to join him in the streets again today for an independence rally. Hundreds of thousands of people are expected to turn out and the government of Spain is sending about 600 extra police officers into the area.

Last year’s October referendum and subsequent declaration of independence prompted the Spanish government to impose direct rule on the autonomous region and imprison many of the political leaders of the movement. Carles Puigdemont, former Catalonian leader, now lives in exile in Belgium as he faces charges of rebellion in Spain.

The area has not been under direct rule from Madrid since the election of Quim Torra in May 2018- but another separatist leader in Catalonia means any Spanish government is still at odds with them.

“We’re in a situation of uneasy truce,” said journalist James Badcock to Good Morning Europe on Tuesday. “The big change since last October in Madrid, and in Spain in general is that we now have a socialist leader Pedro Sanchez. He was helped into power by Catalan nationalists joining the socialist party, other left wing parties, to oust the Conservative government, that of course gave absolutely no ground to the Catalan independence movement over the last few years- playing its part in that standoff we saw last autumn. So we now have a new leader in Madrid, we have a slightly different tone, the administrations in Barcelona and Madrid are now talking, they have commissions, and the new leader has mentioned the idea of a referendum. But on self rule, not on self determination. Now of course Catalonia already has a large degree of self rule, so that still seems to be a huge distance between the sides.”

Many of the Catalonian leaders who led the rogue referendum last October and supported the subsequent declaration of independence remain in Spanish prison.

“Relations are a lot better than a year ago, and the Catalan government doesn’t seem to be fired up for that kind of defiance, that kind of rebellion that we saw last year,” said Badcock.

“They’re talking about making their Republic an effective reality over time. So you know, there’s some space for dialogue but it’s not clear how the two sides could come together yet.”