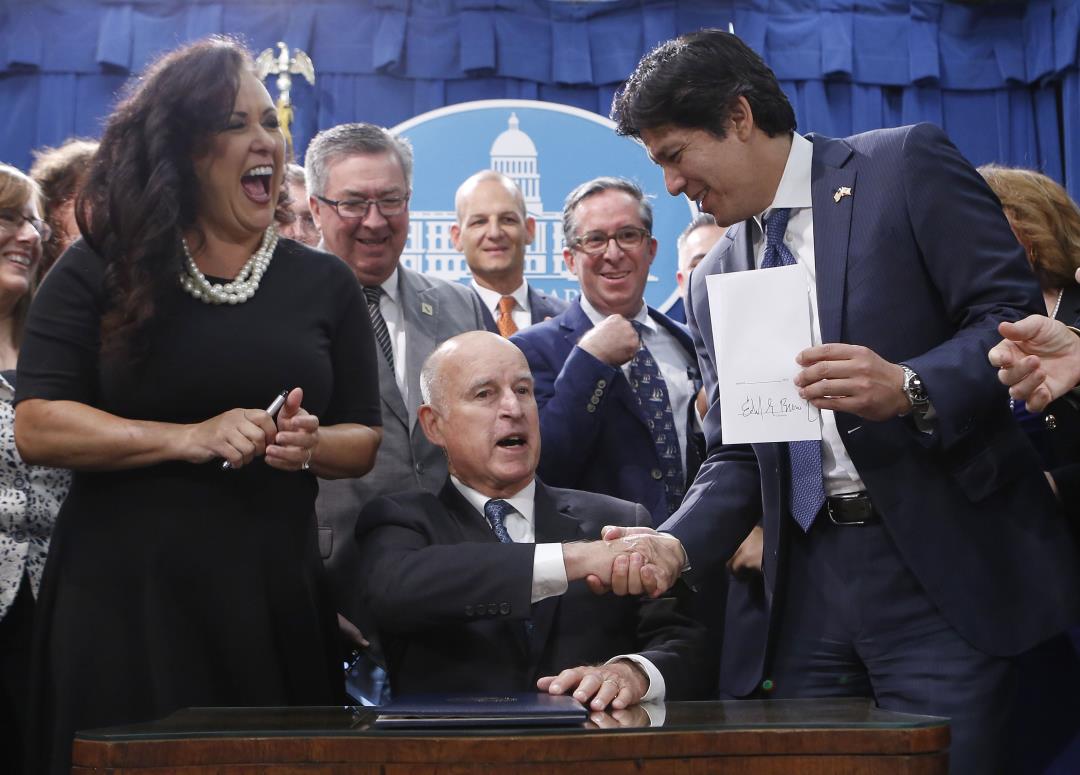 (Newser) – With ambitious new goals to eliminate fossil fuels from its electricity system and slash greenhouse gas emissions to zero by 2045, California is headed “in the right direction” while the Trump administration and others lag behind, Gov. Jerry Brown said Monday. “California has been doing stuff that the rest of the world, most of the world, is just hoping they might get to someday,” Brown said in signing Senate Bill 100, which requires California to get 100% of its electricity from clean sources like hydropower, wind, and solar by 2045—a pledge already made by Hawaii, per the Los Angeles Times. To take effect in January, the bill proposed by State Sen. Kevin de Leon also requires electric utilities to generate 60% of their power from renewable sources by 2030, up from an earlier goal of 50%.

However, all that’s outlined in the bill is “merely a goal, with no mandate or penalty for falling short,” reports CNBC. That might calm critics who fear the move is unfeasible, would raise electricity bills, and hurt coal workers, per NPR. But “California is committed to doing whatever is necessary to meet the existential threat of climate change,” said Brown, who added an executive order calling for the state to be carbon neutral by 2045, then work to pull greenhouse gases from the atmosphere. “No matter what the naysayers may say, it is a real, present danger.” Indeed, a state report out last month said climate change could lead to more consistent wildfires, deadlier heat waves, and higher sea levels in California—concerns likely to be raised at a global climate change conference beginning Wednesday in San Francisco.