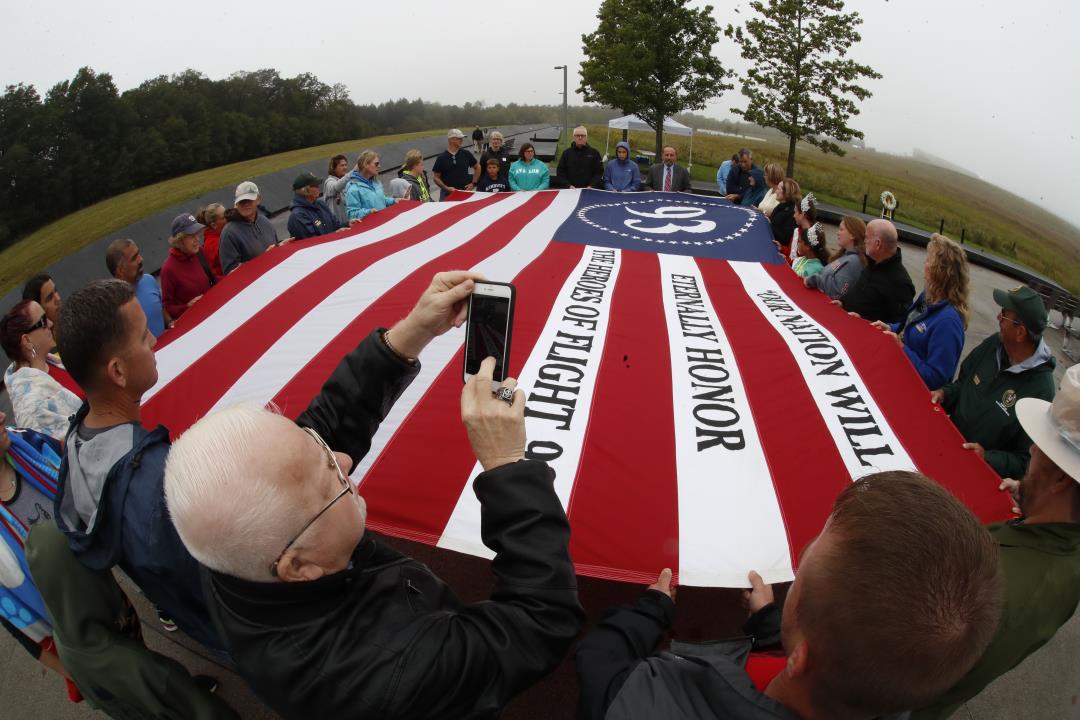 (Newser) – President Trump is marking 17 years since the worst terrorist attack on US soil by visiting the Pennsylvania field that became a 9/11 memorial. Trump and his wife, Melania, will participate in Tuesday’s somber remembrance in Shanksville. It’s where hijackers crashed a California-bound commercial airliner on Sept. 11, 2001, after the 40 passengers and crew members learned what was happening and attempted to regain control of the aircraft. Everyone on board United Flight 93 was killed.Trump, a New York native making his first visit as president to the Shanksville site, will focus on honoring the many lives that were lost that day, the AP reports. Trump was in his Trump Tower penthouse—4 miles from the World Trade Center—during the attacks and has said he lost “hundreds of friends.”

“Certainly the focus will be on remembering that horrific day and remembering the lives that were lost, and certainly honoring the individuals who were not only lost that day, but also put their lives of the line to help in that process,” White House press secretary Sarah Huckabee Sanders says. Trump observed the solemn anniversary for the first time as president last year. He and the first lady led a moment of silence at the White House accompanied by aides and administration officials at the exact time that hijackers flew the first of two airplanes into the World Trade Center’s Twin Towers. The president also participated in the Pentagon’s Sept. 11 observance last year. Vice President Mike Pence will represent the administration there on Tuesday.