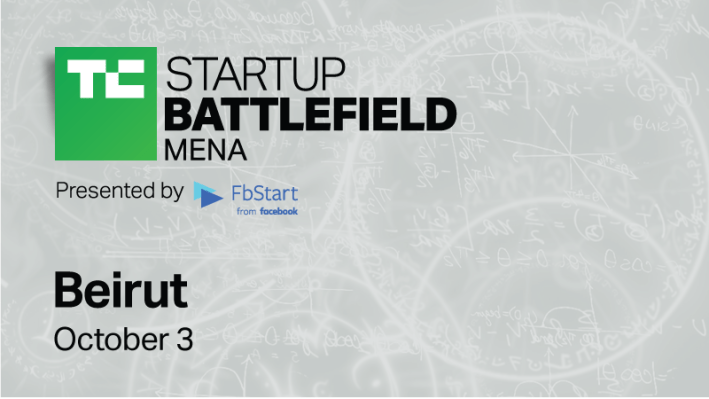 TechCrunch will soon hold it’s first ever Startup Battlefield MENA competition dedicated to the MENA region, in Beirut, Lebanon, on October 3rd. The event will showcase the launch of 15 of the hottest startups in MENA on stage for the first time. We’ll also be joined by some of the leading investments firms in MENA. If you want to be in the same room, you’d better grab your tickets now.

Here, we showcase just some of the investors sending key partners to the event:

Outlierz Ventures, is a seed investment fund, based out of Morocco, providing smart capital to African tech enabled startups.

The firm sees “tremendous opportunities at the intersection of tech, entrepreneurship and African economies” and says “there is talent but not enough money and appropriate resources to grow scalable startups from these emerging ecosystems.” That’s why it’s endeavoring to change this and enable entrepreneurs to grow successful businesses from Africa to the World.

Some of its key investments so far include Sokowatch, WaystoCap and Asoko Insight.

Berytech Fund II is a 51 million US Dollar Beirut-based Venture Capital Fund. Funds were received from major banks in Lebanon under the Circular 331 issued by the Lebanon Central Bank, an initiative that has played a significant role in the activation of the entrepreneurial ecosystem in Lebanon. This fund comes following the extensive support provided by Berytech in the building, promotion and management of an ecosystem for start-ups and growing companies over the past 15 years.

In the last year it’s participated in funding rounds for: Cherpa, scriptr.io and BSynchro anong others.

Leap Ventures is a tech-focused entrepreneur-led venture capital firm that operates in MENA and Europe. Leaps founders have over 20 years each of entrepreneurial experience under their belts. As a result, discussions and collaborations are put in an entrepreneur-to-entrepreneur context.

The Lebanese-centric team based out of the Beirut Digital District (BDD), also with an office in Dubai, consists of four partners, each with a wealth of experience. Founder Henri Asseily himself is the founder of Shopzilla / Bizrate, exited for $569 million, along with Hala Fadel who is the chair of the MIT Enterprise Forum for the Pan Arab Region, as well as being a telecoms business entrepreneurs and the founder of Beirut’s space Coworking+961.

The fund seeks investments that range between $5 million and $10 million per company. So, Lebanese companies at growth stage and Series B are on the agenda.

Endure Capital is an early stage investment VC firm headed by entrepreneurs. Endure prides itself on being founder-focused. It believes in the people behind the idea, and works with them through challenges, hurdles and objectives.

Flat6Labs is Sawari Ventures’ dedicated startup accelerator for seed stage investments. Launched in Cairo in 2011, it assists and encourages entrepreneurs throughout the critical first steps of development. Every four months, it funds and mentors a number of carefully selected start-ups from Egypt and the MENA region, providing them with seed capital and physical hosting at its premises. In addition, it offers interaction-based mentorship and educational experiences, organized in conjunction with the American University in Cairo.

Flat6Labs’ philosophy is centered on immersing entrepreneurs into the real-world challenges of creating and managing successful enterprises in an open, collaborative and value-added environment. In May 2012, Flat6Labs joined the Global Accelerator Network (GAN), as the first member from Africa.

Silicon Badia participates in seed rounds, injecting anywhere between $50,000 and $500,000. Since its launch in 2012, it has invested in 31 U.S. startups, and is looking to raise more money. It also manages Badia Impact Fund, which invests in Arab startups. Investors include the European Investment Bank, the European Bank for Reconstruction and Development, Cisco and the King Abdullah II Fund for Development. To date, it has a portfolio of 12 startups, including weather forecaster ArabiaWeather, e-commerce website ShopGo, and restaurant reservation portal Reserveout. Investments range from $500,000 to $4 million.

Headquartered in Dubai with a team in Saudi Arabia, VentureSouq operates a large co-investment platform with a global investment portfolio. Its portfolio includes companies such as Fetchr, Souqalmal and Reddit, among others.

Tickets to this event — our first in this part of the world — cost $29 (including VAT), and you can buy your tickets right here.

Startup Battlefield consists of three preliminary rounds with 15 teams — five startups per round — who have only six minutes to pitch and present a live demo to a panel of expert technologists and VC investors. After each pitch, the judges have six minutes to grill the team with tough questions. This is all after the free pitch-coaching they receive from TechCrunch editors.

Joining us on stage will be the following speakers, drawn from many of the key founders and investors in the region. Here are the speakers so far for TechCrunch Startup Battlefield MENA 2018 and there are more to come!