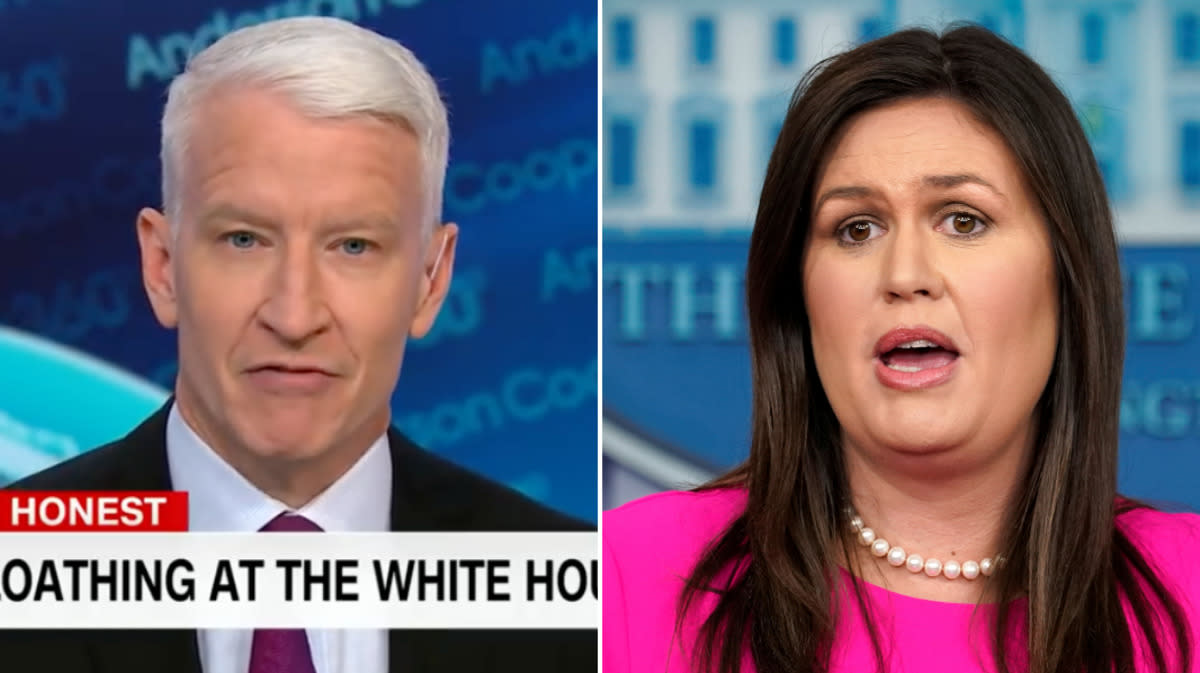 Echoing the words of President Donald Trump, Sanders referred to the article’s author as “gutless,” but brushed off questions at Monday’s briefing about whether or not the White House was attempting to identify the “senior official.”

“We’re certainly focused on things that actually matter, and the staff that is here to do their job and not undermine the work that this president and this administration has done,” she said.

Despite Sanders’ efforts to downplay the bombshell op-ed, Cooper said the “dust hasn’t even begun to settle” as it is “not every day an administration official writes ‘the root of the problem is the president’s amorality.’”

See Cooper’s full discussion in the clip above.