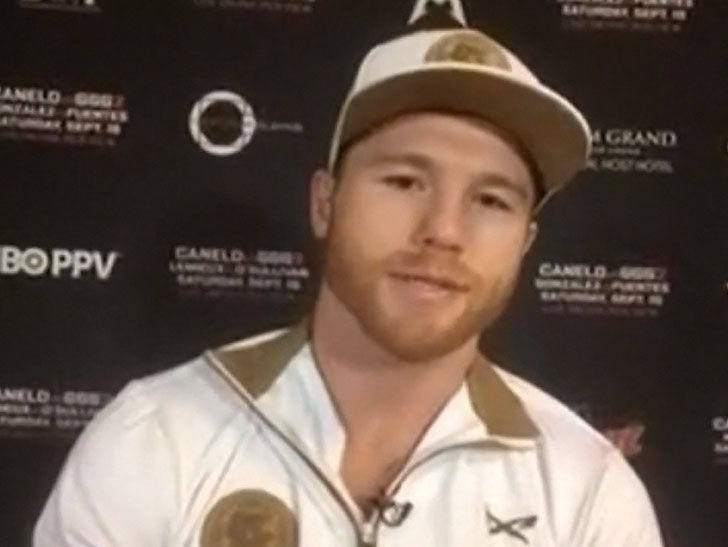 Canelo Alvarez Gunning for 1st Round Knockout … Against GGG

Canelo Alvarez says he doesn’t want his rematch with Gennady Golovkin to go to the judges — he wants to take matters into his own hands and knock the dude out in the 1ST ROUND.

TMZ Sports spoke with Canelo (via translator) about his upcoming fight with GGG — and he made it clear, he wants to stop the killer from Kazakhstan by putting him on the canvas.

“Without a doubt, I’ll be going in there to knock him out, that’s what I’ve worked for,” Canelo says … “I’m gonna work from the first round to complete my objective which is to knock him out.”

Canelo also responded to GGG’s trainer Abel Sanchez — who labeled the boxer a liar and a cheater for blaming tainted Mexican cow beef for that positive PED test.

“What he says brings me more desire to win,” Canelo says … “At this point, I don’t know whether to laugh or get mad at what he’s saying. But, at the end of the day, he’s not gonna be the one getting in the ring.”

“I’m gonna demonstrate my victory with facts and by getting in the ring with his fighter on Saturday.”