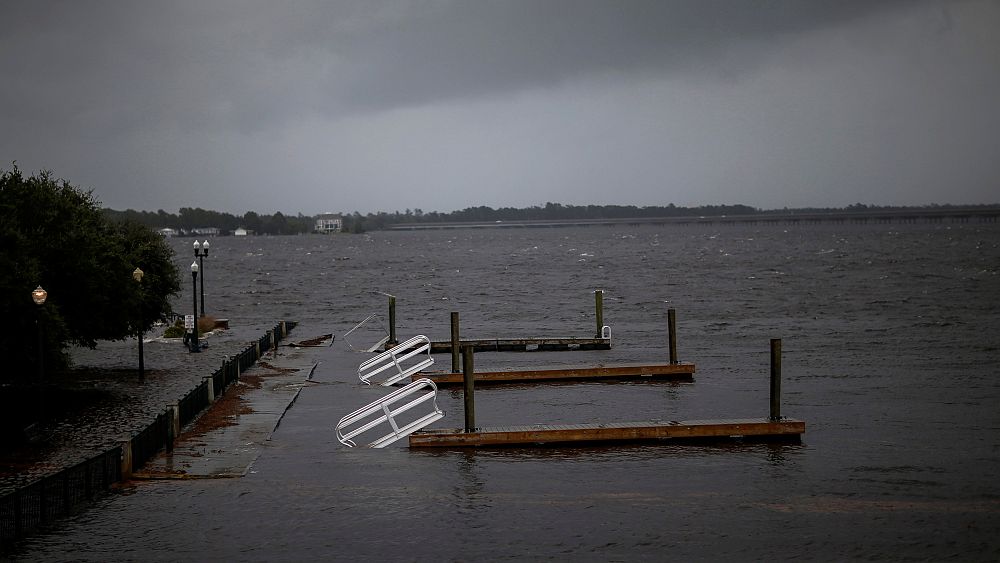 After days of warnings, Hurricane Florence is now battering the Carolina coast in the U.S.

Florence has been downgraded to a Category 1 storm, but it is still life-threatening and storm surge and flooding is expected for days to come.

“I can tell you that over the last several hours the wind speeds here picked up. the rain is now blowing sideways, it is whipping across this area,” NBC News’ Miguel Almaguer told Good Morning Europe.

More than 150,000 people are already without power, and officials say that this number could climb to 3,000,000 in the days ahead.

“Many local communities could be swimming in water for several days. Here in Wilmington, the mayor tells us that first responders are standing by, at the ready for emergency responses,” Almaguer said.

The National Hurricane Center said on Facebook that “significant weakening is expected over the weekend and into early next week while Florence moves farther inland,”