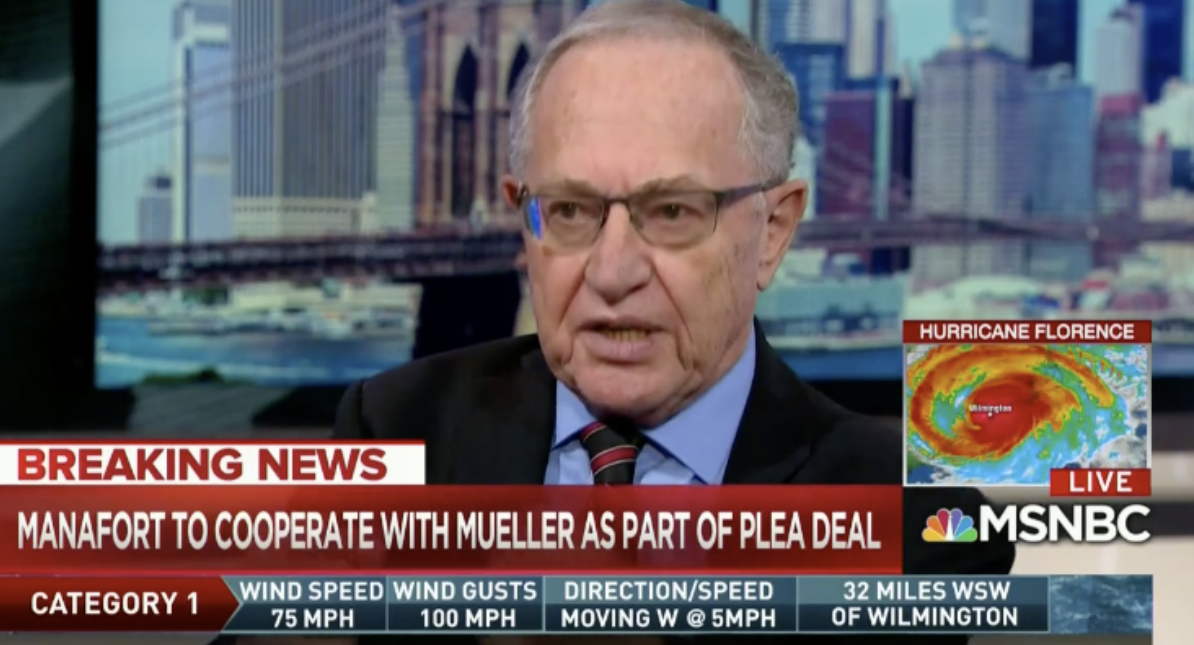 When asked if the White House should be concerned about Manafort, Dershowitz said, “Of course they should be.”

“He’s pleaded guilty to obstruction of justice — to lying. He’s changed the story repeatedly. But what they’re looking for is self-corroborating information that can be used against Trump. Look this validates what Judge Ellis said on day one. Judge Ellis said, ‘They’re not interested so much in Manafort for Manafort,’” he continued. (RELATED: Manafort ‘Cooperating’ With Mueller After Plea Deal)

Dershowitz added, “Obviously he’s committed crimes, but they are interested in him primarily to see if they can, and this is him talking, Judge Ellis, if they can make him sing … then there’s also the possibility of him composing, elaborating on the story.”