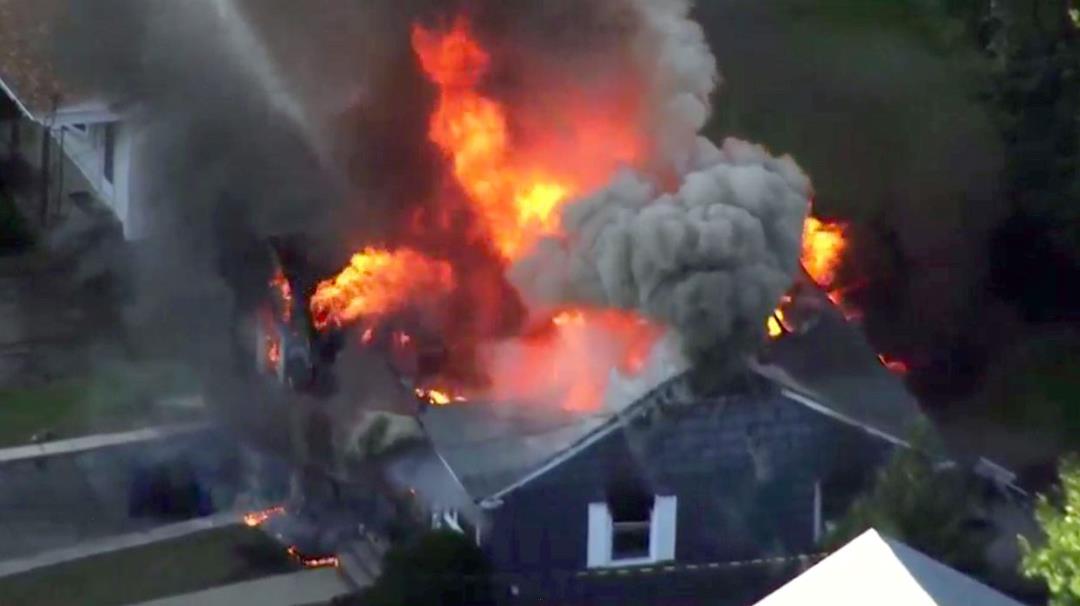 (Newser) – A terrifying series of gas explosions hit three communities north of Boston Thursday, damaging scores of homes and killing a teenager. The blasts ignited dozens of house fires in Lawrence, Andover, and North Andover, forcing thousands of families to flee, NBC reports. Authorities believe up to 80 houses were damaged or destroyed. “It looked like Armageddon, it really did,” says Andover Fire Chief Michael Mansfield. “There were billows of smoke coming from Lawrence behind me. I could see pillars of smoke in front of me from the town of Andover.” Leonel Rondon, an 18-year-old Andover resident, died when a chimney from an exploding house hit his car, reports the AP.

At least 8,000 Columbia Gas customers in the area were told to evacuate. It’s not clear when they will be able to return. Gov, Charlie Baker says it could take days or weeks for investigators to find out what happened. Before the explosions, Columbia Gas told its customers it would be “updating natural gas lines.” Andover resident Mac Daniel says he received a message at 5pm telling him to turn off his gas—and another one minutes later telling him to get out of the house. “The big question we’re all asking is how did this happen?” he tells the Washington Post. “How can 100 homes suddenly explode? We’ll find the answers, but it’s very, very strange.”