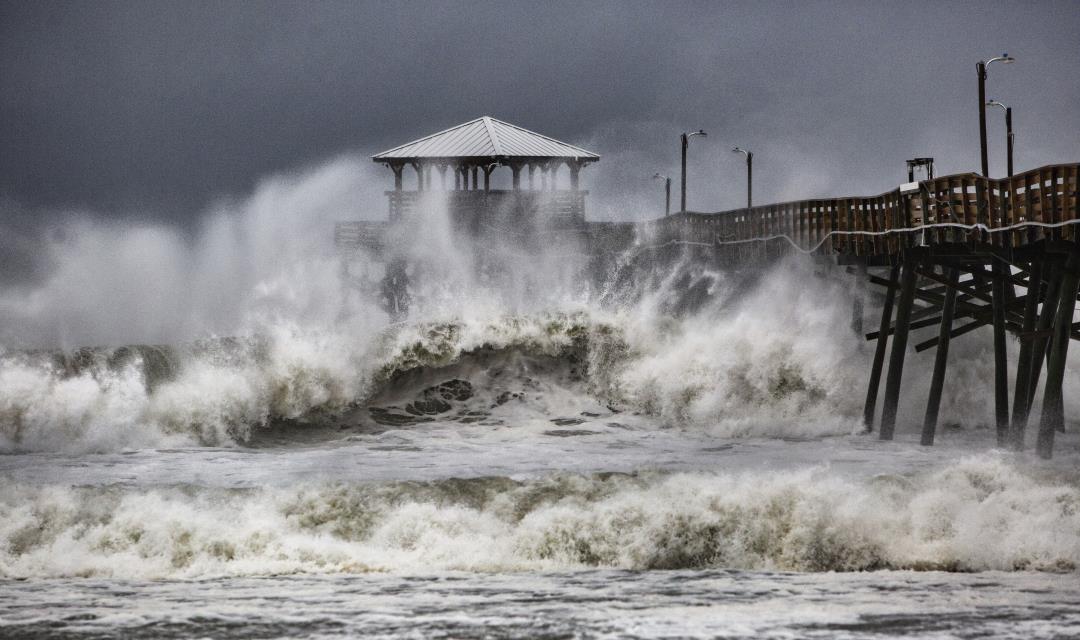 (Newser) – Back in 2012, a new law in North Carolina caused Stephen Colbert to do a double-take: “If your science gives you a result you don’t like, pass a law saying the result is illegal,” he said at the time. “Problem solved.” That law is now back in the headlines, along with Hurricane Florence, reports the Guardian. In 2010, the state’s Coastal Resources Commission put out a report predicting sea levels would rise 39 inches over the next century, with “multiple indicators” putting the blame on a warming global climate, per the Washington Post. The report, written mainly by scientists and engineers at state universities, said the warning should guide the state’s “policy development and planning purposes” along the coast. In 2012, however, state lawmakers passed a law ordering agencies to ignore the recommendations, saying they were alarmist and far-fetched.

“We were ready to step up to the plate and take a hard look at this long-term problem,” Stanley Riggs, a retired East Carolina University professor who helped author the report, tells the New York Times. “And we blew it.” One critic at the time, GOP state Rep. Pat McElraft, said the scientists “used one model, the most extreme in the world,” adding that “they need to use some science that we can all trust when we start making laws in North Carolina that affect property values on the coast.” Coastal development in general is booming, with the region’s population and economy growing by half in 20 years, per the Times. “We’ve seen a catastrophic destruction of all the rules and regulations that this state was known for,” says Riggs. Another retired prof, Orrin Pilkey of Duke, wrote an op-ed describing state strategy: “Wait until the situation is catastrophic and then respond.”