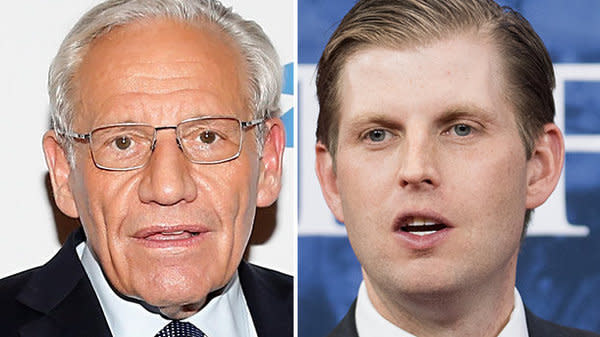 President Donald Trump’s son was accused of making an anti-Semitic comment during an interview on “Fox & Friends” Wednesday after he said Woodward wrote Fear: Trump in the White House to “make three extra shekels.”

ERIC TRUMP attacks Democrats: “Anti-law enforcement, high taxes, and elimination of plastic straws is not a message that will win in November.”

On Wednesday’s broadcast of CNN’s “Anderson Cooper 360°,” Woodward responded by saying: “I just hope no one would talk like that, frankly.”

“I think that just doesn’t fit. I’m sorry,” he added. “Anyone talks like that, whether it’s a dog whistle or whatever the intent is, it’s not, part of the point of this book is that we need to have a serious debate about serious issues. And to use invective and this attack rhetoric, whatever it might be, it sets us back.”