“Dude, You Crashed My Car” would be a great sequel to “Dude, Where’s My Car?” … and it would probably be based on the hijinks of Brandon Gomes from “Siesta Key” … whose car was WRECKED after letting his buddy behind the wheel.

The violent crash went down Thursday night in Sarasota, Florida … after former ‘Siesta’ costar Carson Wall ran a red light in a 2007 Cadillac … triggering a 3-car crash. According to a police report … the Cadi belongs to Brandon, but Carson was the one behind the wheel.

Carson told cops the light was yellow when he entered the intersection, but drivers in the 2 other vehicles — a 2017 Audi and 2008 Toyota truck — all said they squarely had the green. 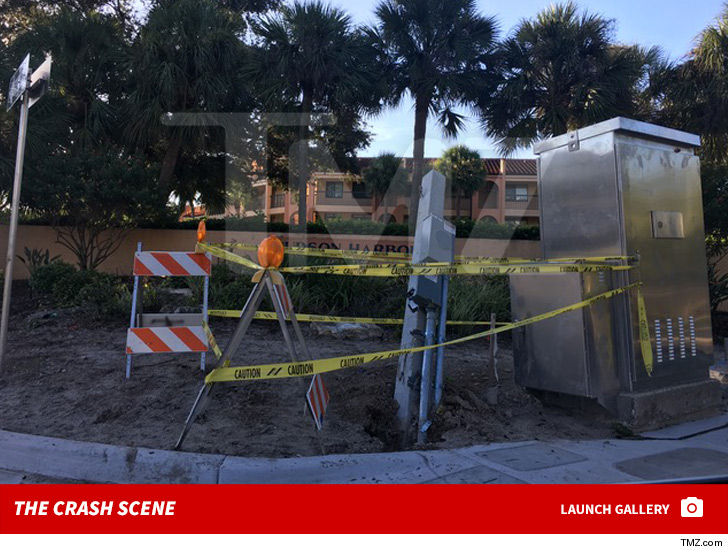 The impact was so violent it ricocheted the Cadi into the Toyota, which caused the Cadi to crash into a signal pole before striking a wall.

Cops say Carson — who injured his left arm — was at fault. He was cited for failure to stop at a red signal. “Dude, Where’s My Uber?” as part 3?