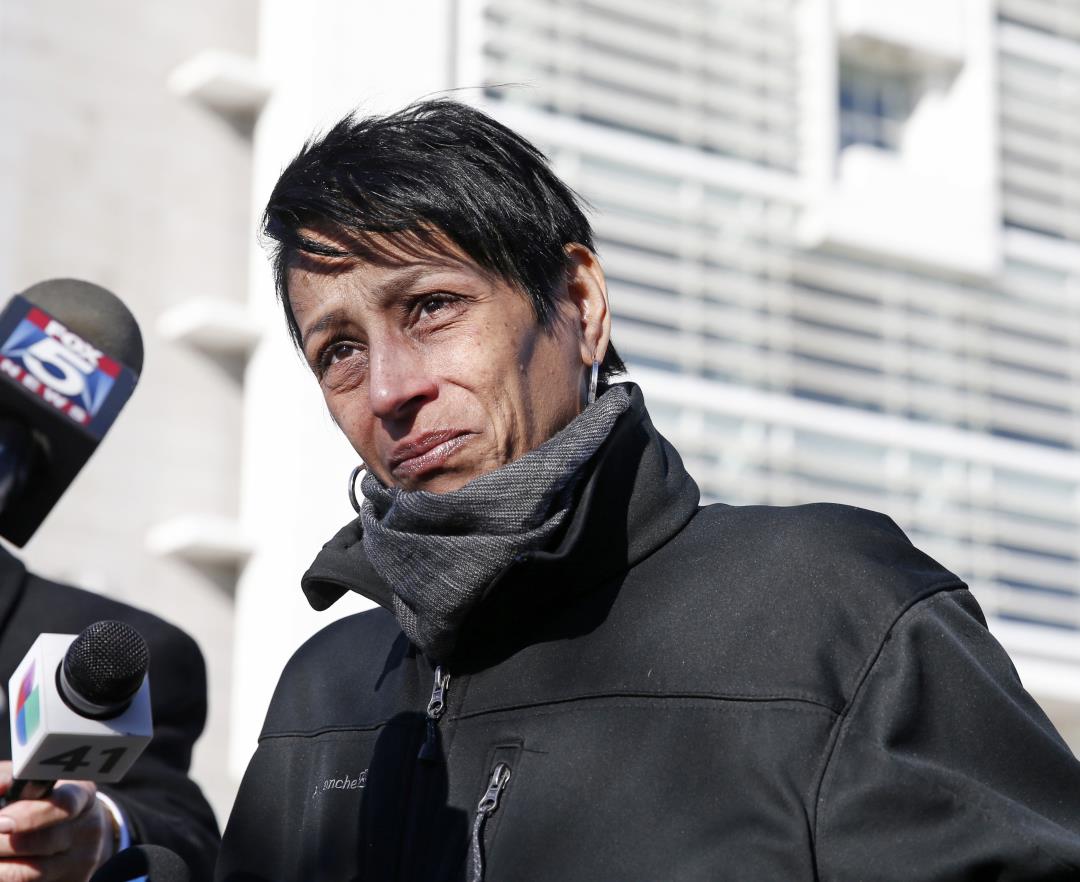 (Newser) – A grieving New York mother recognized by President Trump at the State of the Union in his campaign against MS-13 gang violence was struck by an SUV and killed at her slain daughter’s memorial site Friday after a confrontation with the driver. Evelyn Rodriguez was hit around 4pm in Brentwood—the epicenter of the fight against MS-13 violence on Long Island—near where the body of her 16-year-old daughter, Kayla Cuevas, was found beaten and slashed two years ago, police say. Cuevas’ friend, Nisa Mickens, 15, was also killed, per the AP. Rodriguez and the driver, a relative of a person who lives near the memorial, were arguing over its placement, police say. Rodriguez, 50, and another person were seen standing in the street and yelling at the SUV’s driver before the vehicle sped forward and struck her. The driver, who wasn’t hurt, remained at the scene and called 911, police say.

“My thoughts and prayers are with Evelyn Rodriguez this evening, along with her family and friends. #RIPEvelyn,” Trump tweeted. So far, there’s no evidence of ties to MS-13 or any indication the crash was retribution by the gang, a law enforcement official says. Suffolk County DA Tim Sini, who was police commissioner when Cuevas and Mickens were killed, says Rodriguez was “fearless” and “one of the strongest people” he’s ever met. Rodriguez spoke out against the gang and the local school district after Cuevas and Mickens were attacked with machetes and baseball bats. Mickens’ body was found near an elementary school on Sept. 13, 2016. Cuevas’ body was found the next day, a few hundred feet away. The girls’ alleged killers, who were arrested along with about a dozen other suspected MS-13 members, are facing murder charges that could result in the death penalty.