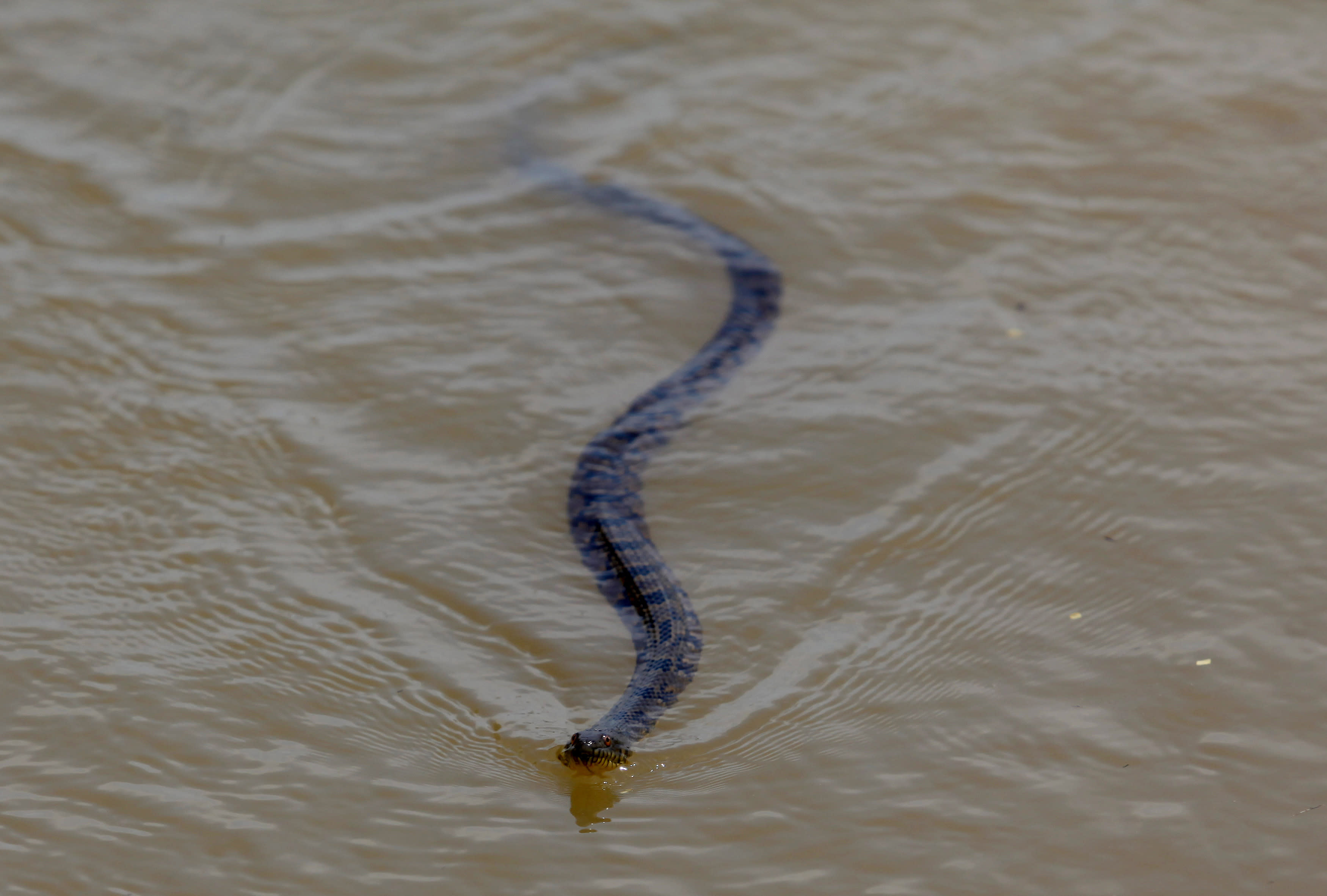 People in areas affected by Hurricane Florence, which was downgraded to a tropical storm on Friday, have been cautioned to look out for venomous snakes lurking in the storm’s floodwaters.

The storm’s powerful swells have the potential to displace the snakes, carrying them into more populated areas and even flooded homes, where they can pose a threat to humans.

Once flooding has subsided, the deadly creatures have also been known to hide beneath piles of debris.

Bowman told the Myrtle Beach Online that people should not go out during the storm or wade through floodwaters. However, he added that anyone bitten by a snake should rush to an open hospital as quickly as possible to seek treatment.

Snakes are not the only dangerous creatures to be on the lookout for as Florence wreaks havoc on the Carolinas.

After Hurricane Harvey in 2017, Texans were warned to avoid trekking through floodwaters due to massive colonies of floating fire ants left behind in the storm’s wake. Venomous snakes and alligators were also found in and around people’s homes following Harvey.