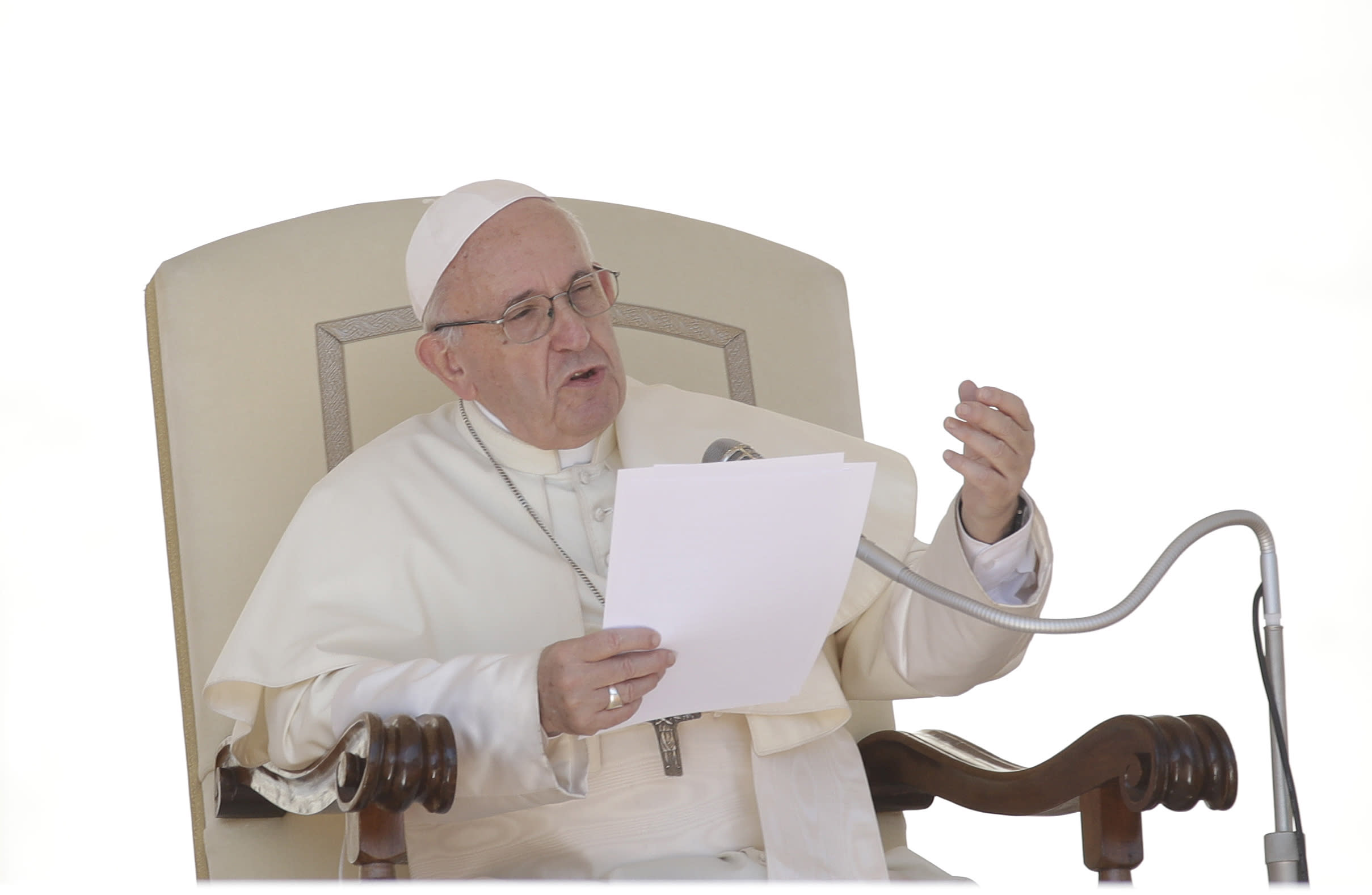 VATICAN CITY (AP) — The latest on the sex abuse and cover-up scandal rocking the Vatican (all times local):

Bransfield was the bishop for the West Virginia diocese of Wheeling-Charleston. He has consistently denied any wrongdoing.

Morrisey calls the allegations “disturbing.” He says a review is warranted “to determine how best we can protect West Virginians who might have been victims.”

A West Virginia diocese had issued a statement months after accusations against Bishop Michael Bransfield were raised during a priest abuse trial, saying it had found the alleged victim and he denied he was abused.

Two men mentioned allegations against Bransfield in their testimony during the April 2012 trial in Philadelphia of Monsignor William Lynn.

One man testified he had been raped by priest Stanley Gana at a home owned by Bransfield. That man also said Gana told him Bransfield was having sex with a boy they saw him driving with.

Bransfield denied the allegations, and the Wheeling-Charleston diocese issued a statement in July 2012 saying they had identified the boy in the car and he had denied any abuse.

Pope Francis accepted Bransfield’s resignation and authorized an investigation into allegations against him Thursday.

The head of the U.S. delegation that met with Pope Francis over the growing sex abuse and cover-up scandal says the U.S. church and Vatican will work together to determine the next steps.

A statement Thursday from the head of the U.S. Conference of Catholic Bishops, Cardinal Daniel DiNardo, made no mention of his earlier plans to ask Francis to authorize a Vatican investigation into the case of now-disgraced ex-Cardinal Theodore McCarrick, accused of sexual misconduct with minors and adults.

DiNardo headed a four-member delegation that met with the pope Thursday. His statement said the group told Francis the U.S. church was “lacerated by the evil of sexual abuse.”

He said they prayed for mercy and strength to heal wounds and said: “We look forward to actively continuing our discernment together identifying the most effective next steps.”

The Vatican has authorized an investigation into a U.S. bishop accused of sexual harassment of adults.

The decision comes on the same day a U.S. delegation met with the pope over the latest chapter in the Catholic Church’s long-running sex abuse and cover-up scandal.

The Vatican announced that Pope Francis had accepted the resignation of West Virginia Bishop Michael Bransfield, and had named a temporary administrator for his Wheeling-Charleston diocese.

The administrator, Baltimore Bishop William Lori, said in a statement that Francis had instructed him to “conduct an investigation into allegations of sexual harassment of adults against Bishop Bransfield.”

Lori vowed to conduct “a thorough investigation in search of the truth into the troubling allegations against Bishop Bransfield.”

A delegation of U.S. Catholic cardinals and bishops is having an audience with Pope Francis amid a crisis of confidence in church leadership following sex abuse and cover-up revelations that have also implicated Francis himself.

Cardinal Daniel DiNardo, head of the U.S. Conference of Catholic Bishops, requested the audience last month following revelations that a now-disgraced ex-cardinal, Theodore McCarrick, had risen through church ranks despite allegations of sexual misconduct that were known in U.S. and Vatican circles.

DiNardo followed up his request for a full-fledged Vatican investigation into the McCarrick affair with a request for answers about allegations that a string of Vatican officials — including Francis — knew of McCarrick’s misdeeds since 2000.

DiNardo is heading the U.S. delegation at Thursday’s audience.