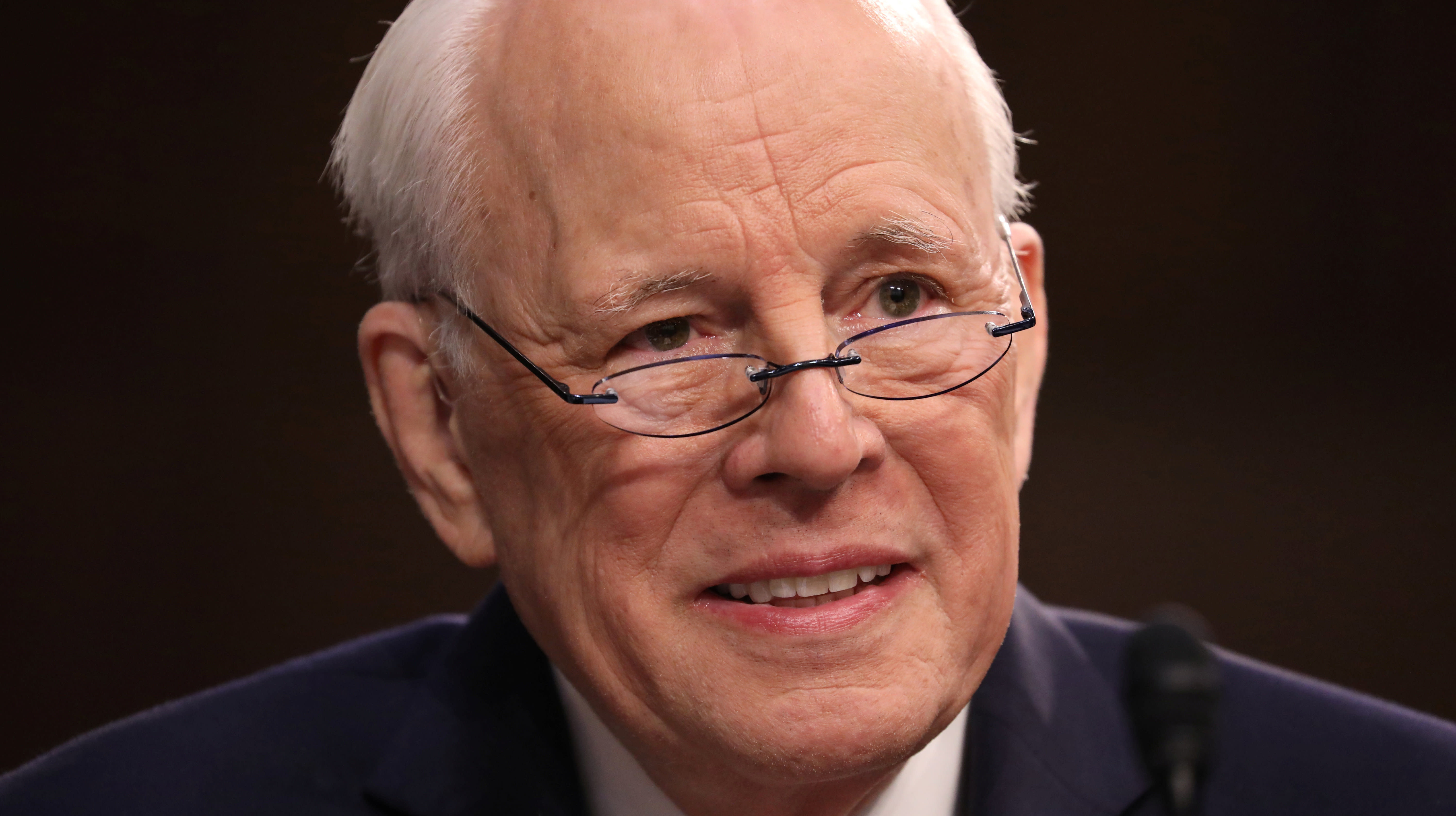 Watergate figure and onetime Nixon White House attorney John Dean could hardly contain himself over news that former Trump campaign manager Paul Manafort had agreed in a plea deal to cooperate with the special counsel investigation led by Robert Mueller.

“BOOM!” Dean tweeted Friday, and he added that the “entire Trump family now in jeopardy” — though he didn’t explain why he thinks so.

Dean said he could hear the sounds of “broomsticks breaking,” deriding President Donald Trump’s repeated claims that Mueller’s inquiry is nothing more than a “witch hunt.”

Manafort has flipped! BOOM (the sound of broomsticks breaking the sound barrier crashing to earth – NO witches). The entire Trump family now in jeopardy. No pardon for Paul from Trump. No nice things to say about Mansfort by Rudy. Nightmares at the White House will be unending.

“No pardon for Paul from Trump,” Dean noted.

“There’s no doubt” Mueller is interested in information about Trump, Dershowitz said on MSNBC on Friday (beginning at 3:30 in the video below). And once Manafort agrees to cooperate, “he has to cooperate about everything,” Dershowitz added. “There’s no such thing as partial cooperation.”

A presidential pardon now is “off the table; it’s too little, too late,” Dershowitz explained. “It would backfire at this point. If he’s given a pardon, then he [Manafort] can’t take the Fifth Amendment” to protect himself from self-incrimination. “He would have to testify anyway. He could be called in front of a grand jury.”

From the point of view of Mueller, this is a “big win,” said Dershowitz. “It potentially opens up lots of doors that probably haven’t been opened before.”

Manafort pleaded guilty Friday to conspiracy to obstruct justice and conspiracy against the United States, including money laundering, tax fraud, failing to register as a foreign agent and lying to the government. He also agreed to “cooperate fully, truthfully, completely, and forthrightly” with the government.

White House press secretary Sarah Huckabee Sanders said Friday that Manafort’s plea “has nothing to do with the president.”

Trump’s personal attorney Rudy Giuliani said there’s “no fear that Paul Manafort would cooperate against the president because there’s nothing to cooperate about.” Giuliani also told the New York Daily News that Trump hasn’t ruled out a pardon for Manafort.