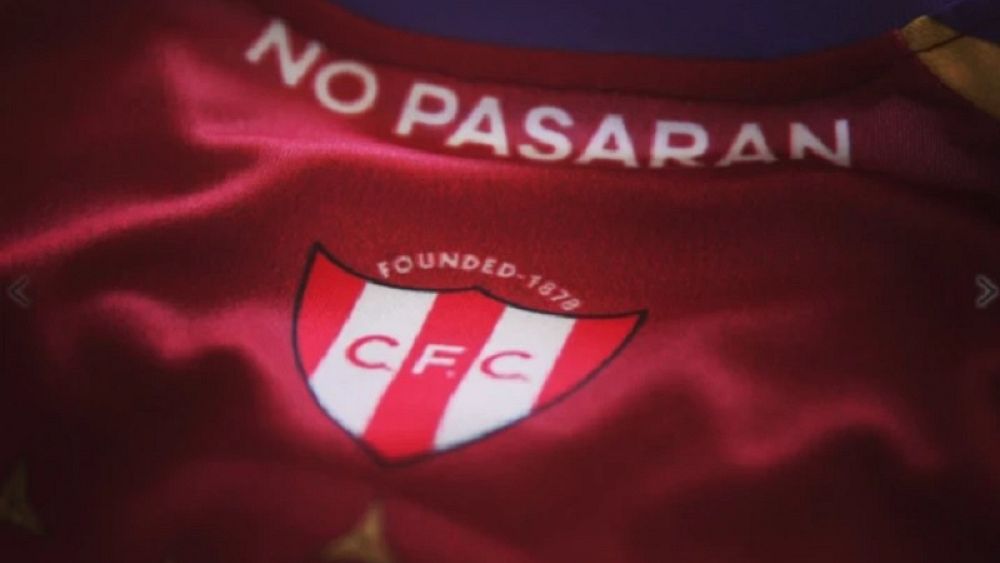 A small, newly founded soccer team in the lower levels of English football has attracted international fame after its new shirt, inspired by the fight against nationalists in the Spanish Civil War, went viral in Spain and sold out.

East London-based Clapton CFC is only a few months old but was forced to stop taking orders after receiving more than 5,000 requests for its new away shirt, which is in the colours of the Republican forces that fought against General Francisco Franco’s Nationalists 80 years ago.

“We never expected that sort of potential and media hype,” the team’s player-manager Geoff Ocran told Reuters after the first league game of the season.

The club was only expecting to sell about 250 of the shirts, he said.

The red, yellow and purple shirt is adorned with three pointed stars — the symbol of the International Brigades that came to Spain to fight, as well as the slogan “No Pasaran”, an anti-fascist slogan meaning “They shall not pass” — the phrase was used during World War I and was later adopted during the Spanish Civil War by those fighting Franco’s forces between 1936 and 1939.

British volunteers on the Republican side included the poet Laurie Lee and the writer George Orwell.

The ethos of the club is led by its supporters, who split from nearby Clapton FC after a dispute with its owner and set up a fan-owned club in June.

The kit was voted for by the fans and is in keeping their longstanding and outspoken values, which they are seeking to preserve and promote with the new club.

While the fans who set up the new club had a reputation for championing progressive causes, not all of the players were aware of the history of the 1936-39 civil war until the new design was chosen.