FXTM published a piece last week highlighting the severity of the gender pay gap in Europe, with a slight difference – they compared it to the price of a beer. 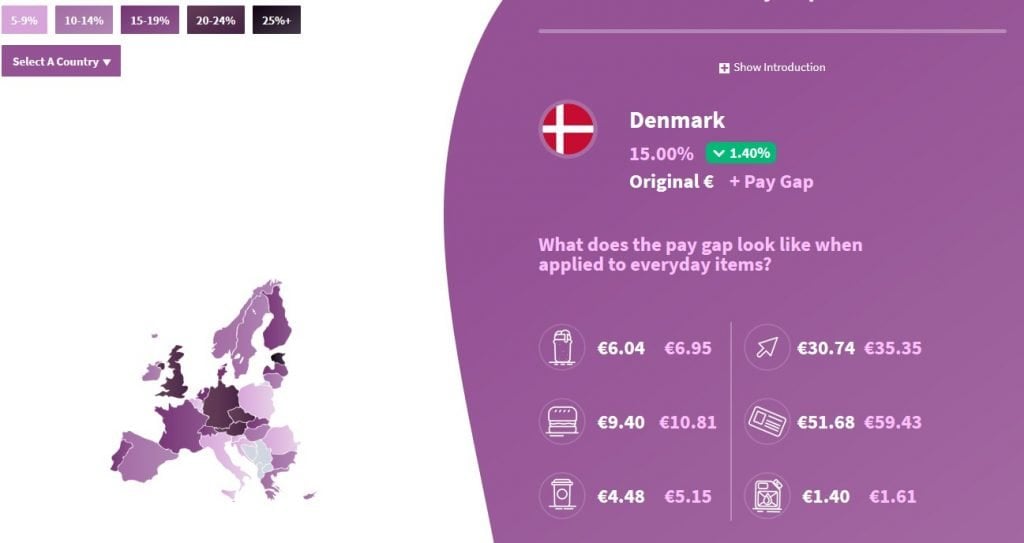 Hardly a day goes by where there isn’t mention of gender equality in the workplace. In the last three months alone, the mainstream media has released the following:

Yet, all this information on the gender pay gap in Europe is a little overwhelming and confusing – especially as the statistics are often referring to those in much higher corporate roles than we can relate to (or are BBC celebrities).

FXTM have taken it back to basics. Firstly, what would we have to charge men to make the price of everyday items in the UK an equal cost? And secondly, what does the UK gender pay gap look like when you apply it to the price of a beer?

The results are as follows:

The Gender Pay Gap in Europe

Some of their key findings on the gender pay gap in Europe include:

In Europe, the UK is ranked in the bottom ten (4th worst) for its gender pay gap of 21 percent. This means women are effectively paying 21 percent more whenever they splash their cash.

A full breakdown of prices can be seen below:

From the data we were also able to identify which date women technically start ‘Working for Free’. The results were quite shocking. In some countries, men were getting paid for 93 where women weren’t. You can find the full list of the gender pay gap in Europe below:

We also shouldn’t ignore those who have the lowest gender pay gap in Europe as men are still earning money for an extra 20 days a YEAR than women.

There is no doubt that the spotlight placed over gender pay gap in Europe has caught the attention of corporate giants. However, research has highlighted that the millennial generation are still experiencing the gender pay gap as soon as they start their first job outside of university, and this is expected to widen as they work their way up the career ladder.

We have displayed all this data in the interactive heatmap here.

The post The True Cost Of The Pay Gap appeared first on ValueWalk.