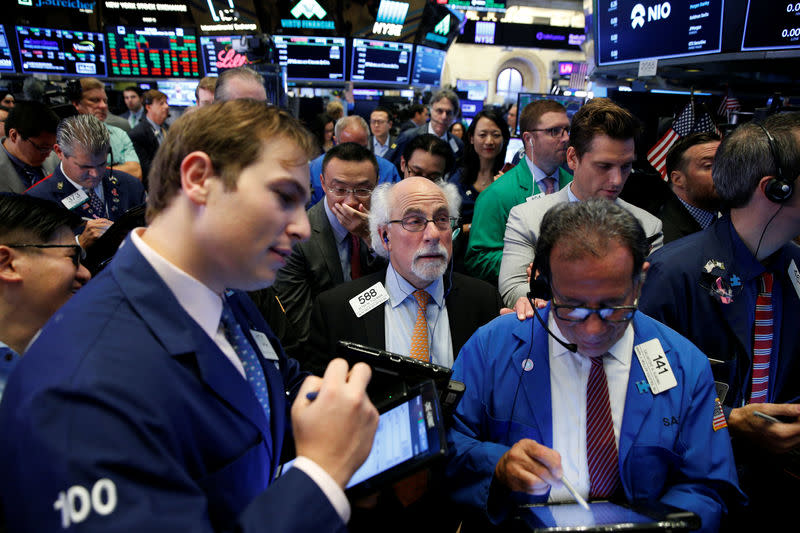 NEW YORK (Reuters) – Wall Street bounced back on Tuesday, led by gains in consumer discretionary, technology and industrial stocks as investors shrugged off escalating trade rhetoric between the United States and China.

Late Monday, U.S. President Donald Trump announced the imposition of tariffs on $200 billion in imports from China starting next week, intensifying the volley of trade actions between the world’s two largest economies.

“(The trade dispute) has escalated to a point where finally we’re probably getting closer to a resolution,” said Chuck Carlson, chief executive officer at Horizon Investment Services in Hammond, Indiana. “It’s almost as if we’re getting down to the brass tacks of both countries having not too much more room to go.”

Apple Inc (AAPL.O) shares were up 0.7 percent after Chief Executive Tim Cook expressed optimism that the U.S.-China trade dispute will be amicably settled. The iPhone maker’s products have so far been spared in the tariff spat.

Fitness gadget-maker Fitbit Inc (FIT.N) was also expected to avoid tariffs. Its shares were up 7.2 percent.

In addition to consumer discretionary (.SPLRCD), technology (.SPLRCT) and industrial companies, the energy sector (.SPNY) was up 0.8 percent as crude prices (LCOc1) rose on signs that OPEC is not prepared to boost output to address shrinking supplies from Iran.

Among losers, Tesla Inc (TSLA.O) sank 3.9 percent after disclosing that it had received a request for documents from the U.S. Department of Justice regarding Chief Executive Elon Musk’s public statements about taking the company private.

Insurer Marsh & McLennan (MMC.N) was down 3.3 percent on news that it will buy British insurance and reinsurance broker Jardine Lloyd Thompson (JLT.L) $5.7 billion.

Advancing issues outnumbered declining ones on the NYSE by a 1.51-to-1 ratio; on Nasdaq, a 1.73-to-1 ratio favored advancers.

Rickards: What Happens When A Biological Virus Turns Into A Financial Virus?
2020-01-28