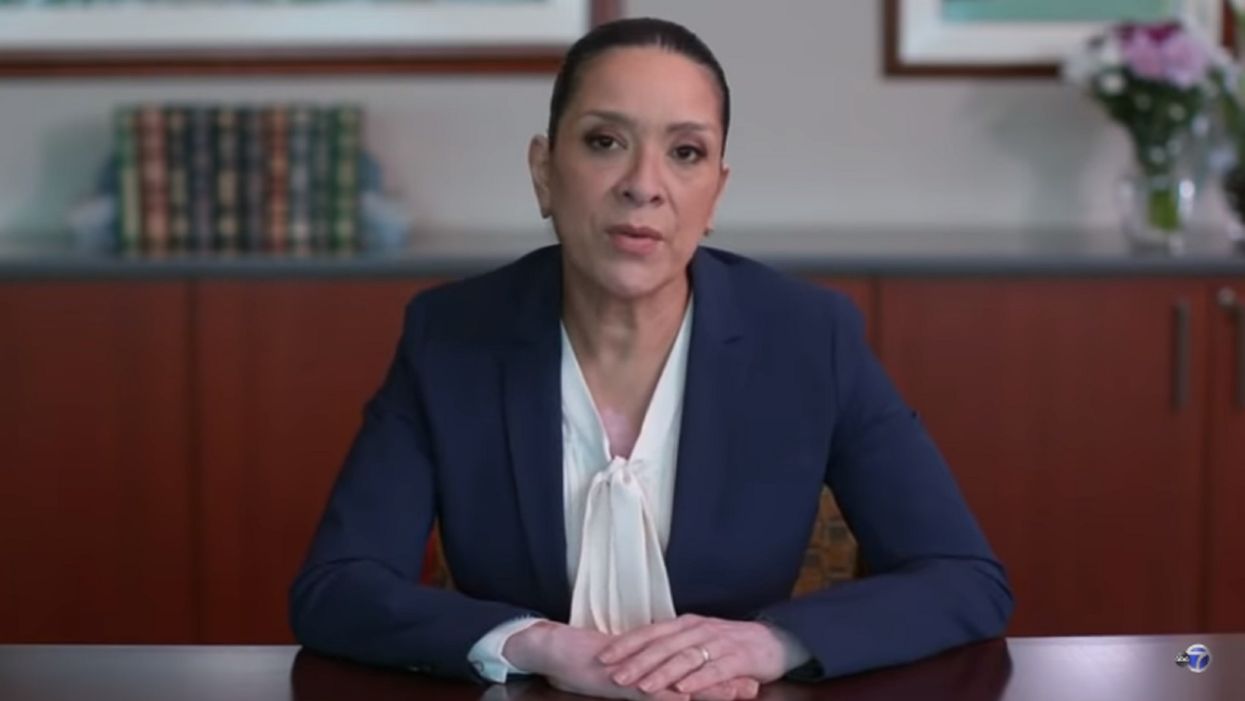 New Jersey federal judge Esther Salas delivered a powerful video statement Monday morning, addressing the murder of her son allegedly by a disgruntled attorney while pleading for greater protections for the privacy of jurists following the targeting of her family.

In her statement, Judge Salas recalled the wonderful final days she and her husband, Mark Anderl, shared with their son, Daniel, before the college student was allegedly killed last month by a lawyer who reportedly showed up at their home disguised as a FedEx driver. The accused attorney, Roy Den Hollander — who previously argued at least one case before Salas — also shot Anderl several times, leaving him in critical condition, authorities said.

Salas recalled that after winding down a weekend celebrating Daniel’s birthday, she and her son were chatting downstairs when there was a knock on the door and the 20-year-old ran upstairs wondering who it could be.

The gunman shot Daniel in the heart, killing him, before shooting Mark three times.

The judge, choking up, said in her video statement:

While my husband is still in the hospital recovering from his multiple surgeries, we are living every parent’s worst nightmare: making preparations to bury our only child, Daniel. My family has experienced a pain that no one should ever have to endure, I’m here asking everyone to help me ensure that no one ever has to experience this kind of pain.

We may not be able to stop something like this from happening again. But we can make it hard for those who target us to track us down.

Judge Salas went on to argue for greater privacy protections for jurists, explaining that Hollander was allegedly able to obtain an entire “dossier” on her family, not only learning their address but where they went to church and other details of their lives.

A day after allegedly killing Daniel, Hollander committed suicide, police said. The Daily Mail reported that Hollander was recently diagnosed with terminal melanoma and “had a list of at least 12 other targets in his car.”

The outlet noted that Salas never ruled against Hollander, but that “he complained in online ramblings that she dragged her heels in making a decision in the case he was fighting for which involved expanding the military draft to enlist women as well as men.”

Authorities believe that Hollander murdered attorney Marc Angelucci in Los Angeles before he travelled across the country and allegedly killed Daniel.

Human Capital: A timeline of Uber and Lyft’s fight against AB 5 and Pinterest’s fall from grace

How AFC West teams will or won’t make the playoffs