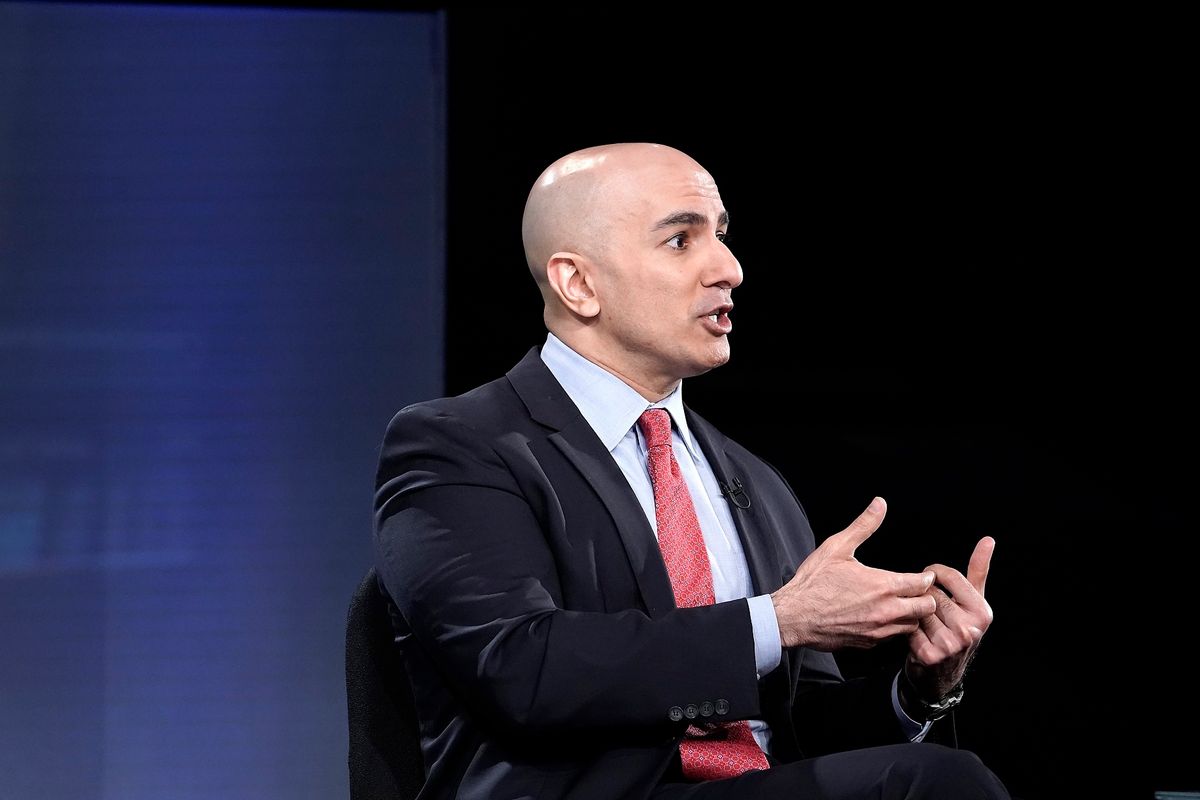 Neel Kashkari, president of the Minneapolis Federal Reserve Bank, is calling for America to go into a “hard” shutdown for at least a month, saying it is necessary to stop the spread of COVID-19 and arguing that the U.S. government can afford it.

Kashkari made his case for shutting down during an interview on CBS’ “Face the Nation” Sunday, saying, “If we were to lock down really hard — I hate to even suggest it, people will be frustrated by it — but if we were to lock down hard for a month or six weeks, we could get the case count down so that our testing and our contact tracing was actually enough to control it.”

“If we don’t do that,” Kashkari continued, “and we just have this raging virus spreading throughout the country with flare-ups and local lockdowns for the next year or two — which is entirely possible — we’re going to see many, many more business bankruptcies…and that’s going to take a lot of time to recover from to rebuild those businesses and then to bring workers back in.”‘

He argued, “That’s going to be a much slower recovery for all of us.”

The Minneapolis fed chief also said that despite 20 million Americans being out of work due to the coronavirus crisis, the one bright spot he sees is that the savings rate has gone up among those who do still have an income. He says that means the debt incurred from the possible continuation of elevated unemployment benefits does not concern him.

“Those of us who are fortunate enough to still have our jobs, we’re saving a lot more money because we’re not going to restaurants or movie theaters or vacations,” Kashkari said. “That actually means we have a lot more resources as a country to support those who have been laid off.”

He explained, “While historically we would worry about racking up too much debt, we’re generating this savings ourselves. That means Congress has the resources to support those who are most hurting.”

Kashkari reiterated his position on Monday, arguing on Twitter, “Want to open schools? Do a hard lockdown now for 6 weeks to get the virus under control then open schools late September. I haven’t heard any other strategy to reopen safely that sounds remotely plausible given rampant spread in many areas.”

He shared a Wall Street Journal op-ed to bolster his argument.

Want to open schools? Do a hard lockdown now for 6 weeks to get the virus under control then open schools late Sept… https://t.co/1nkhbEaTwR

Fall without football: How America would look without its favorite sport