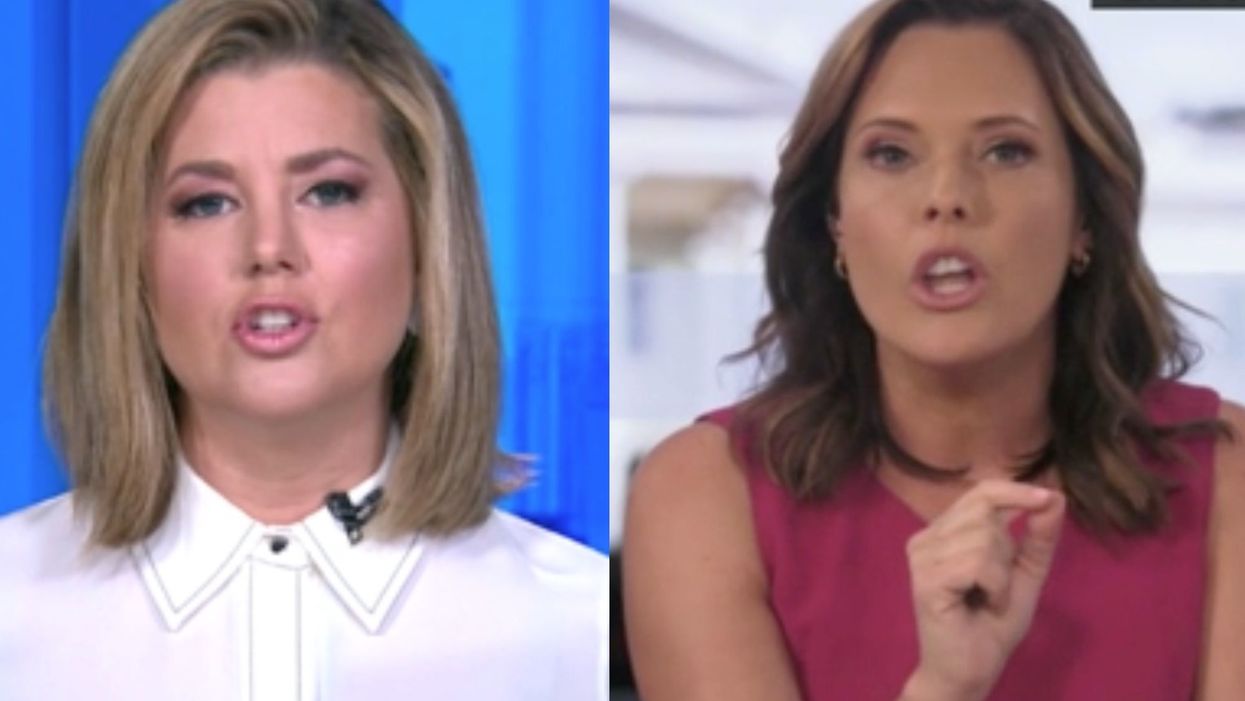 A debate on mail-in-voting got so heated on CNN that the host berated a Trump campaign senior advisor and told her she was “just saying a bunch of crap.”

“You’re saying, you’re saying that voter fraud is a thing, and I’m telling you that it’s not. And you’re muddying the waters,” Keilar said. “And I also wonder, isn’t that, don’t you worry that that’s going to actually hurt you, isn’t that to the point why the president has said when it comes—”

“This is pointless. This is just pointless,” Keilar continued after they talked over each other.

“We’re talking about voting in a pandemic,” Keilar argued as Schlapp tried to have her say.

“We’re talking about voting in a pandemic and giving people the ability to vote if they are a registered voter. And you seem to be talking about putting obstacles in their way to that,” Keilar said.

“I’m asking you a question, that do you believe that a person should be able to vote after the election day, meaning can you pass a ballot three days following the election, no, that’s the question, that’s a valid question!” she continued.

“That’s what they’re doing in Nevada, and that is unacceptable,” Schlapp concluded.

The phrase “Mercedes Schlapp” was trending nationally on Twitter after the heated altercation.

Vote by mail has emerged as a political issue for the 2020 election after Democrats have pushed for the voting option over coronavirus pandemic concerns. President Donald Trump has fired back with accusations that the Democrats will use the mail-in vote process to rig the election and defeat him in November.

The president irked his critics when he suggested that the election might need to be delayed in order to secure the validity of the process.

With Universal Mail-In Voting (not Absentee Voting, which is good), 2020 will be the most INACCURATE & FRAUDULENT E… https://t.co/VcSCg7IPwj

Republican politicians spoke out against the possibility of delaying the election after the president tweeted about it.

Here’s the entire interview from CNN: