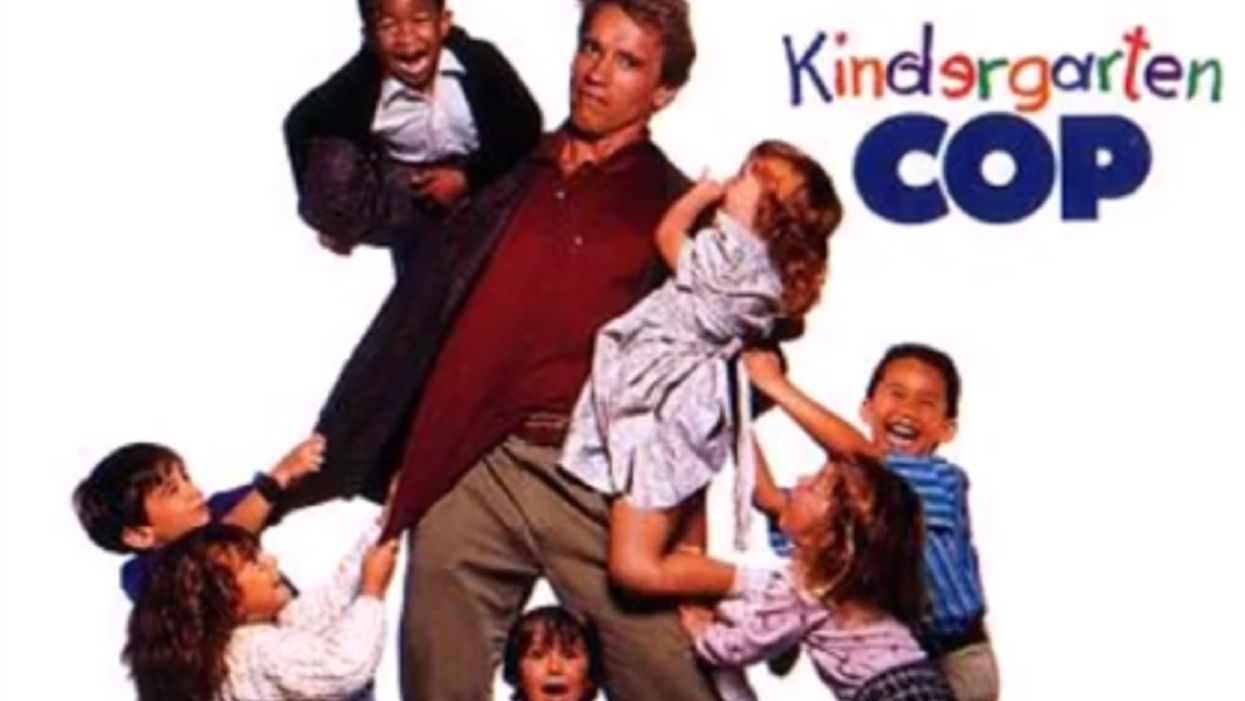 An Oregon film organization has removed 90s action-comedy “Kindergarten Cop” from its schedule, following complaints over the movie’s content including that it “romanticizes over-policing.”

The NW Film Center in Portland announced plans to play the PG-13 rated flick this week at its drive-in theater in honor of the film’s 30th anniversary and “for its importance in Oregon filmmaking history,” according to a press release obtained by Willamette Week.

The movie was filmed in Astoria, Oregon, and stars Arnold Schwarzenegger who plays a police officer who goes undercover as a substitute kindergarten teacher in order to nab a drug dealer. In the film, Schwarzenegger’s character, John Kimble, wins over his class and skeptical administrators after a rocky start, using his police experience and positive reinforcement.

But local author Lois Leveen said the movie sends a bad message, and rallied others online to successfully have it scrapped.

She added, “Yes, KINDERGARTEN COP is only a movie. So are BIRTH OF A NATION and GONE WITH THE WIND, but we recognize films like those are not ‘good family fun.’ They are relics of how pop culture feeds racist assumptions. KINDERGARTEN COP romanticizes over-policing in the U.S.”

Critics who agreed with Leveen piled on, leading the NW Film Center to eventually cave, replacing “Kindergarten Cop” with a documentary about the late Rep. John Lewis (D), a leader in the civil rights movement who recently passed away.

News of NWFC bending to the mob was also met with criticism. Sen. Ted Cruz (R-Texas) reacted to the cancellation by tweeting, “Nutty. Angry leftists hate Hollywood. Anyone who disagrees will be censored. Hollywood, afraid of the mob, will keep funding those trying to erase any speech/movies that don’t conform.”

Nutty. Angry leftists hate Hollywood. Anyone who disagrees will be censored.

Hollywood, afraid of the mob, will k… https://t.co/qm9SjY7FF8

A NWFC spokesperson told Willamette Week that it wasn’t just Leveen’s online criticism that caused them to change their minds on running “Kindergarten Cop,” but “a dozen others, including Black community members who asked us to considered opening the Drive-In with a different movie.”

Leveen was not happy with that response either, telling the outlet, “I have been a Silver Screen member for years, and an NWFC patron even longer, and I know how seldom their screenings attract substantial number of BIPOC [black, indigenous and people of color] audience members. When a white-dominant institution cannot honestly admit their error and insensitivity, it does not suggest they will avoid similar errors and insensitivities in the future.”

George Soros says there is an ‘international conspiracy’ working against him, calls Trump a ‘confidence trickster’

US STOCKS-S&P 500 jumps more than 1%, again close to record high