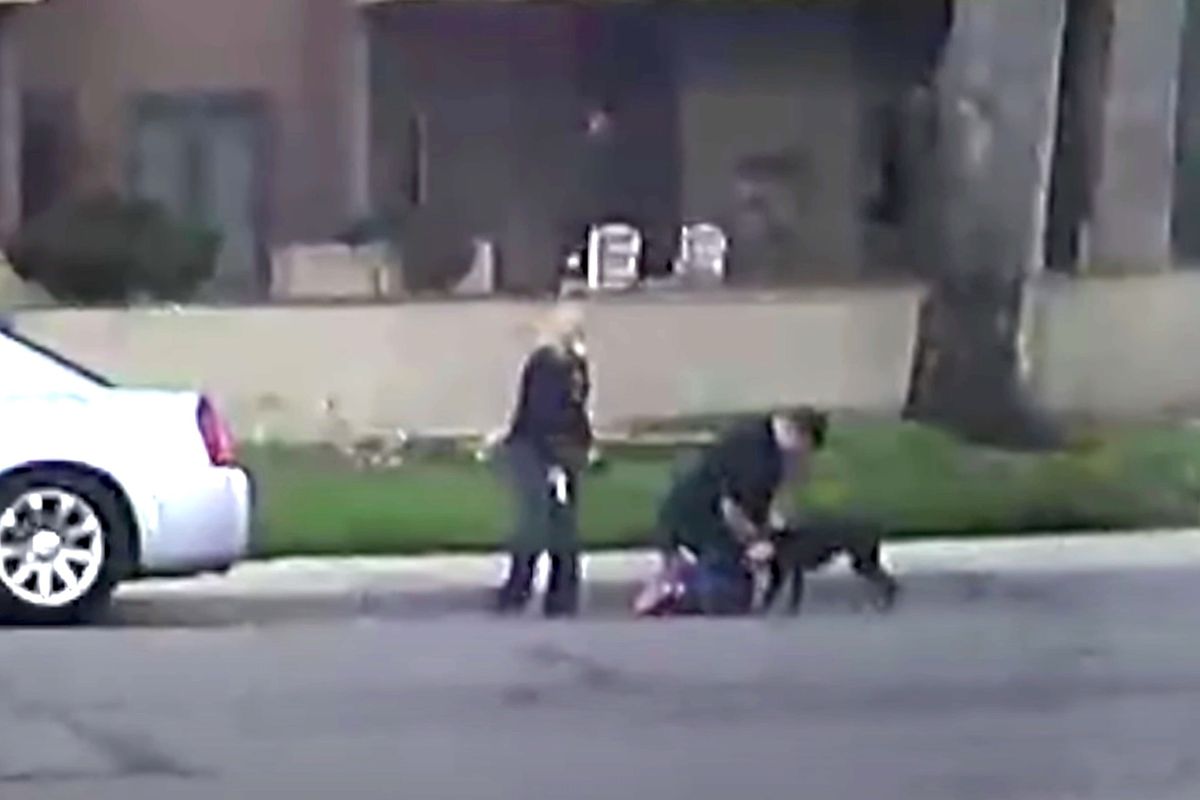 Police in Lakewood, Colorado, are seeking a couple who were caught on surveillance shooting and killing a dog in broad daylight.

The disquieting incident occurred on Saturday at about 7 a.m. The video was released by the police after a resident in the neighborhood provided it to them.

The video shows a man and woman who appear to be arguing. The man holds down the dog while the woman aims a gun and shoots him.

Police say they were called to the incident after reports of a shooting were phoned in. When they arrived they found the dog apparently deceased from the shooting injury.

Witnesses told the police they saw the couple pull over in their silver Chrysler 300 while arguing. According to Lakewood police spokesman John Romero, the witnesses say they saw the shooting of the dog after the man struggled with it.

“The dog was with the couple the entire time,” Romero added. “It appears the dog was a pet of theirs.”

The police released the video given to them by the neighbor, but they edited the actual moment that shows the woman shooting the dog. Instead, it shows a video snippet prior to the shooting and afterward.

Romero confirmed that the shooting of the dog was captured on video.

Police are seeking help from the public to identify and find the suspects. They offered a description of the suspects they sought:

“We don’t see stuff like this,” Romero added. “That’s why we want to find the people who were involved to find out the circumstances of what happened.”

Here’s the video released by police:


RAW: Man and woman accused of shooting and killing dog in Lakewood