Woman in viral video deliberately coughs in face of brain tumor patient recording her. Police have charged her with assault. 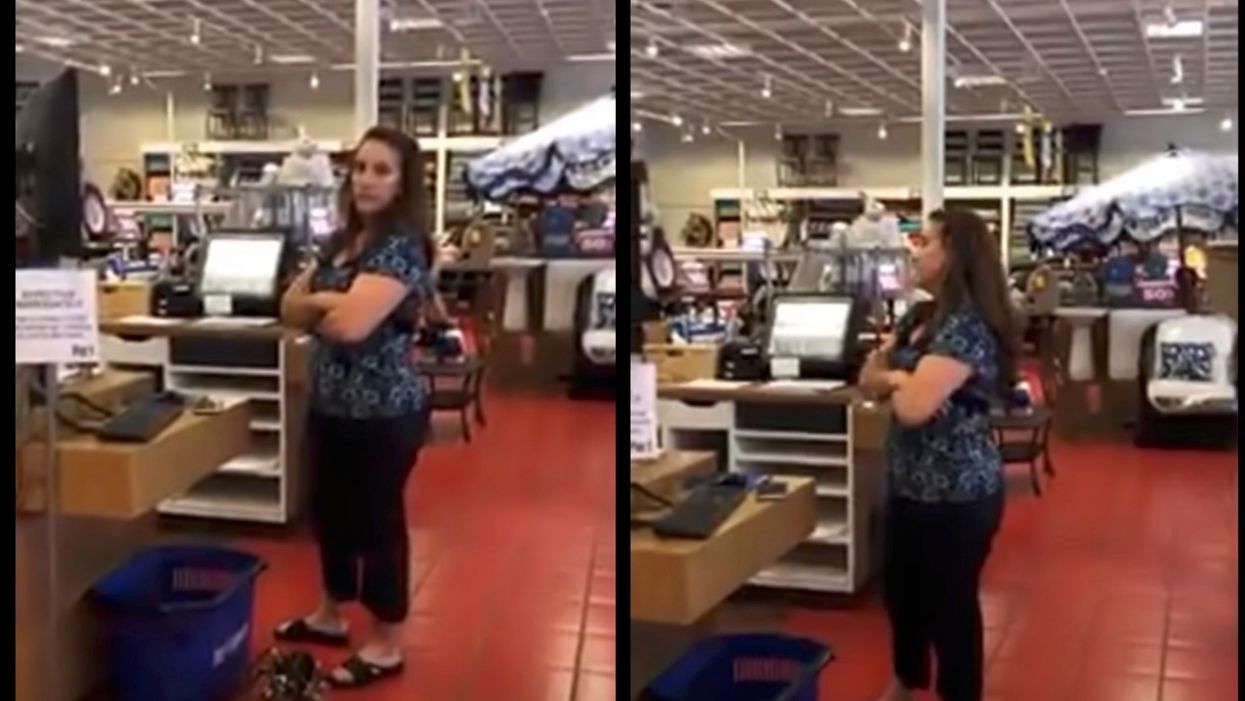 A woman who was caught in a viral video deliberately coughing on another shopper at Pier 1 has been charged with assault.

The incident happened in June at a Pier 1 store in Jacksonville, Florida.

Heather Sprague posted the video and a description of her version of the events to her Facebook page and it quickly went viral.

“I had an appointment in the Town Center area, so I donned my mask and ducked into a store to escape the heat while I waited for my appointment time,” Sprague wrote. “There were two small children wandering around the store unattended for an extended period, and the little guy was doing the potty dance.”

Sprague was wearing a mask because she has a compromised immune system due to treatments she was receiving for a brain tumor.

“It became apparent that they belonged to a woman at the register who was becoming increasingly belligerent. She was screaming at, swearing, insulting, and threatening the staff as she demanded to return an item she didn’t have with her, just a photo of the item on her phone. The staff were professional and respectful. But they couldn’t return an item she didn’t actually have with her,” she claimed.

“She continued to rage, all the while her poor little boy was squirming and asking for a bathroom, which she would have needed to leave the store to find. When she positioned herself so the clerks couldn’t exit the checkout area and screamed that she would stay right there, yelling as loud as she wanted, until all their customers left… I stood at a distance, pulled out my phone and wordlessly began filming,” Sprague explained.

The video shows the reaction of the woman, who took notice of Sprague and walked over to cough in her face while she recorded. The woman says she’s going to cough in Sprague’s face before she does it.

Police later identified the woman as Debra Hunter and charged her with assault.

Trump supporter Bill Mitchell, with over half a million followers, permanently booted from Twitter for ‘opposing masks’