GOP Sen. Kelly Loeffler rips WNBA — including players on the team she owns — for showing up to games in shirts backing her opponent 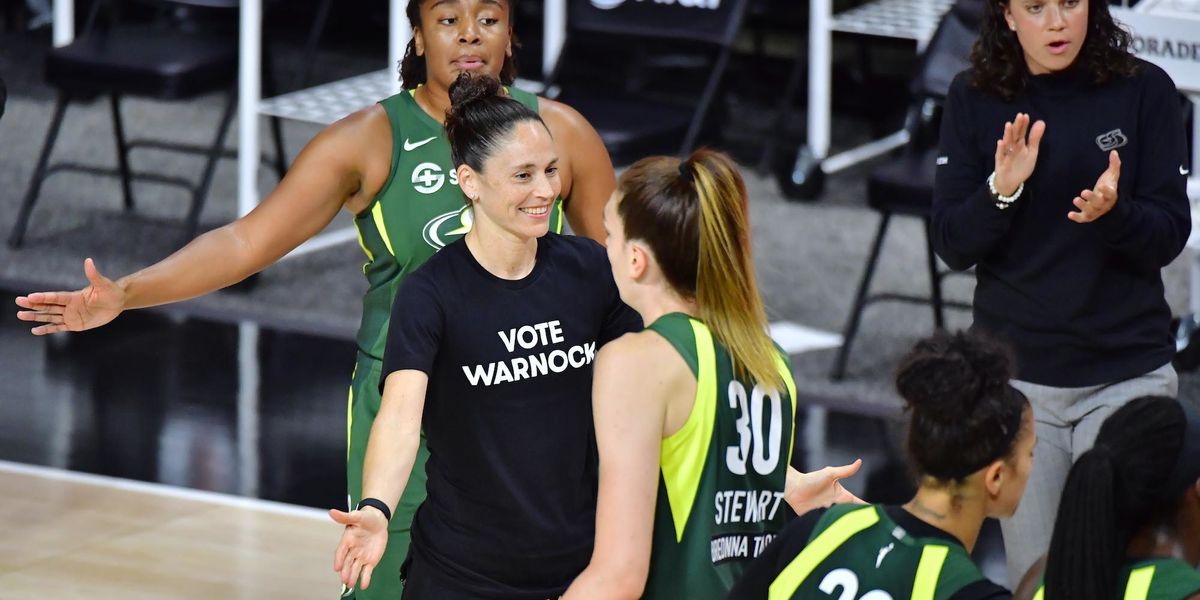 Georgia Republican Sen. Kelly Loeffler is not a fan of the WNBA’s decision to have players sport “Black Lives Matter” and “Say Her Name” on their jerseys, and she let the league commissioner know it.

The fact that a U.S. senator is publicly calling out the WNBA is interesting enough. What makes Loeffler’s complaint carry more weight is she’s a co-owner of the WNBA’s Atlanta Dream.

The senator’s statements set off WNBA players, including members of her own team, who have now taken to wearing T-shirts supporting Loeffler’s Democratic challenger to their games and demanding that the league strip her of her ownership.

And now Loeffler is blasting her players for their latest antics.

Earlier this summer, Loeffler wrote a letter to WNBA Commissioner Cathy Engelbert asking that the league reverse its decision to emblazon team jerseys with “Black Lives Matter” and “Say Her Name” and replace the statements with American flags, the New York Post noted.

Following the senator’s request that the league change its plans to spread the Black Lives Matter messaging, the WNBA players union
tweeted, “E-N-O-U-G-H! O-U-T!” and insisted that the league remove Loeffler as co-owner of the Dream.

According to
ESPN, the pro-Warnock shirts are more than just a few upset players making a statement. Rather they are part of a plan by the WNBA’s executive committee to respond to Loeffler’s statements because, as Dream center Elizabeth Williams, who tweeted a photo of herself donning a “Vote Warnock” shirt, told the outlet, “for effective change to happen, there has to be policy changes. And so if we’re going to sit here and talk about wanting justice reform, part of that is making sure that we have officials in office that understand that.”

Loeffler responded to the T-shirt campaign in a
statement on her campaign website Wednesday morning, blasting the WNBA and the country’s “out of control cancel culture” that tries to silence and shame anyone who might disagree with them:

This is just more proof that the out of control cancel culture wants to shut out anyone who disagrees with them. It’s clear that the league is more concerned with playing politics than basketball, and I stand by what I wrote in June:

We come together around sports, but promoting a political agenda divides us rather than unites us. The lives of every African American matter, and there’s no place for racism in our country. But I oppose the BLM political organization due to its radical ideas and Marxist foundations, which include defunding the police and eroding the nuclear family. On the other hand, our flag represents our values of freedom and equality for all. If we can’t unite behind our flag, much less the national anthem during this struggle, then what keeps us together? It’s sad to see that there’s more interest in tearing our country apart than in solutions that bring us together. I’ll continue to defend American values and our flag, because this is not a game – it’s the future of our country.

Who’s idea was it to make shirts?

Williams said Seattle Storm guard Sue Bird was the first to come up with the idea of campaigning for Loeffler’s opponent.

Asked by
ESPN about the move, Bird said:

This was a situation where given what was said in regards to the owner of Atlanta and how, basically, she came out against a lot of what the women in our league stand for, I think was emotionally tough for a lot of the women in our league to hear that. But very quickly we started to realize that this was only happening for her political gain. This was something that she wanted. And the more noise we made, whether it was a tweet saying to get her out, that was just playing into her hands.

I’m not some political strategist, but what I do know is that voting is important. And I think our league has always encouraged people to use their voices and to get out and vote.

More from Bird via ESPN: