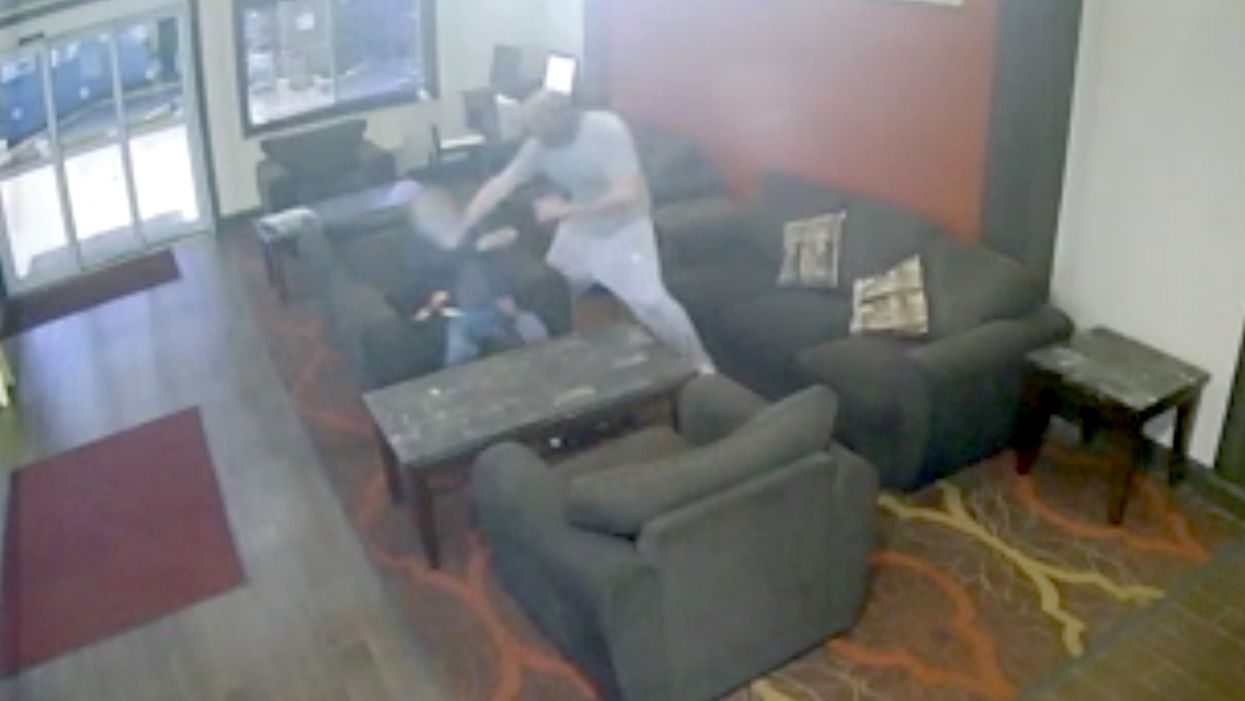 Kent Police in Washington state say that a man viciously beat a 72-year-old partially disabled veteran after a dispute about face masks in a hotel. Police released troubling surveillance video of the attack at Red Lion Inn and Suites on July 17.

The man can be seen in the video approaching the veteran, who is seated in the hotel lobby, and speak to him before punching him in the face multiple times.

The video shows the veteran’s dog barking after the man as he walks away.

Police say that the veteran suffered a cornea abrasion and a broken jaw. He was also left unconscious by the attack.

The man allegedly beat the veteran because he had made a comment to his girlfriend about not wearing a face mask to prevent the spread of the coronavirus.

Detectives say the attacker left the hotel on foot and was picked up by his girlfriend.

Police identified the man as Cody P. Hansen, 35. They charged him with 2nd Degree Assault – Substantial bodily harm, and a felony warrant was issued for his arrest.

The police said that Hansen has a criminal history of nine arrests in Alaska. He also had a warrant from Alaska for Probation Violation/Dangerous Drugs.

Police are asking the public’s help in obtaining information about Hansen’s whereabouts, and Crime Stoppers of Puget Sound have offered a $1,000 reward for information leading to his arrest.

To mask or not to mask

Disputes over face masks have made headlines all over the country as more local governments turn to lockdowns in the wake of an uptick in coronavirus cases.

A woman was charged with assault after she was caught on video purposely coughing on another woman who was recording her at a Pier 1 store.

In another troubling incident, a man was shot and killed by Michigan police and another man stabbed after an altercation at a store over a face mask.

Here’s the video of the vicious attack: