Even in the most obvious of circumstances – the Fed printing trillions of dollars within the span of one fiscal quarter – Paul Krugman seems unable to make the basic link between purchasing power, the money supply and the price of gold, and refuses to even consider the recent worldview reversals in such prominent former deflationistas as Russell Napier, Albert Edwards and Russell Clark (all discussed previously). 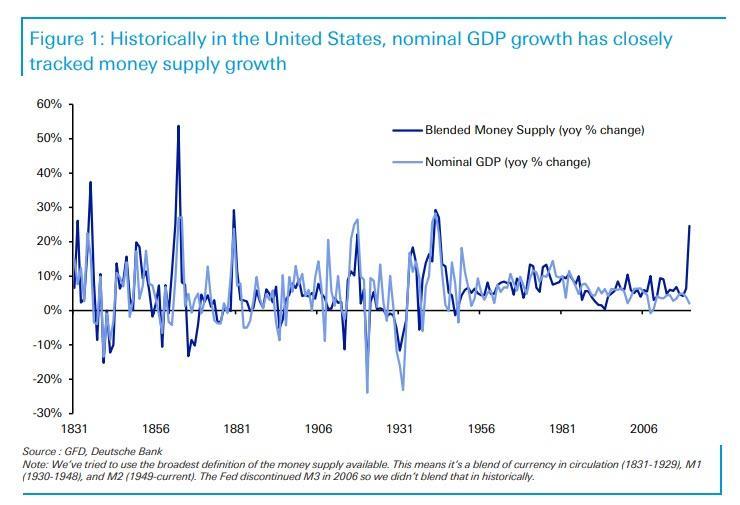 Everyone’s favorite financial muppet took to Twitter over the weekend to offer his perfunctory take on an op-ed  written in the New York Times, titled “Why Is Everyone Buying Gold?” in which none other than the chief global strategist at Morgan Stanley, Ruchir Sharma, validated long-ridiculed goldbugs:

Gold bugs — investors perpetually bullish on gold — have long been seen as a paranoid fringe of the financial world, holding the shiny asset as a hedge against a disaster they always think is near. But lately, they appear to be on to something.

This year, gold is the best performing traditional asset in the world. Its price just topped $2,000 an ounce for the first time. From serious investors to newly minted day traders, everyone is talking up its virtues.

“It seems we’re all gold bugs now,” the op-ed capitulates, without mocking that other “expert” from the WSJ who five years ago called gold a “pet rock.”

It also attributes the rise in gold to Central Banks having lost control (or rather, as Russell Napier put it, conceded control to the government) and that inflation is a foregone conclusion, stating: “But the gold mania is also driven by a hunch that the easy money pouring out of central banks and government stimulus programs could trigger inflation, which makes it a more worrisome economic omen.”

He’s spot on – but for the fact that the inflation, as defined by an expansion of the money supply and not rising prices, has already been created. 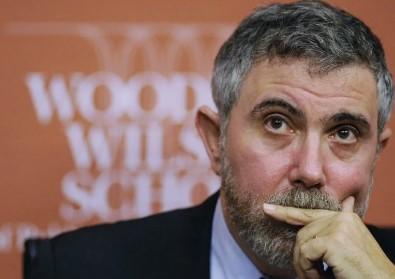 Likely irked by the fact that the NY Times published something on finance that redirects attention from his clueless echo chamber, Krugman took to Twitter in response. “Gold prices aren’t rising because investors expect inflation,” Krugman Tweeted. Instead, he claimed that gold prices were rising because bond yields are falling.

Hiding behind the central bank’s definition of inflation, which according to Keynesians doesn’t even happen until it shows up in the heavily manipulated CPI, Krugman argued: “The implied inflation forecast is actually lower than it was last year; what’s happened is a plunge in yields, reflecting economic pessimism,” he continued.

He then Tweeted out two charts showing the 10 year breakeven inflation rate. But apparently, during his deep dive for his Twitter rant, the Nobel Prize winner wasn’t able to locate and post a chart of the M2 money supply, which may have offered up more clues as to why everyone bidding up gold.

In other words, nobody cares about the inflation forecast, Paul. They care about this:

Incidentally, one other thing that Krugman never even considered, is that gold is now a hedge to both runaway inflation and deflation, something we have discussed extensively here over the past decade.

Then again, this is the same guy who said the internet’s effect on the world economy would be “no greater than the Fax Machine” (and yes, even the vacuous libtards at Snopes were forced to admit that their econ god is clueless). This is also the same “Nobel prize winner” who the day after Trump won boldly predicted that “markets will never recover” from a Trump victory and that “we are very probably looking at a global recession, with no end in sight.”

Krugman concluded: “The thing is, we went through exactly this story in 2008-9: rising gold prices without rising inflation expectations bc of falling yields, and even a blip in TIPS prices during the post-Lehman financial disruption. No excuse for being confused now.”

So thanks for the advice, but the only one confused here is you, Paul.

Escobar On Battleground Beirut: Western Colony Or Back To The East?