Following the 2011 Fukushima nuclear disaster in Japan, the most severe nuclear accident since Chernobyl, many nations reiterated their intent to wean off the energy source.

However, as Visual Capitalist’s Omri Wallach details below, this sentiment is anything but universal – in many other regions of the world, nuclear power is still ramping up, and it’s expected to be a key energy source for decades to come. 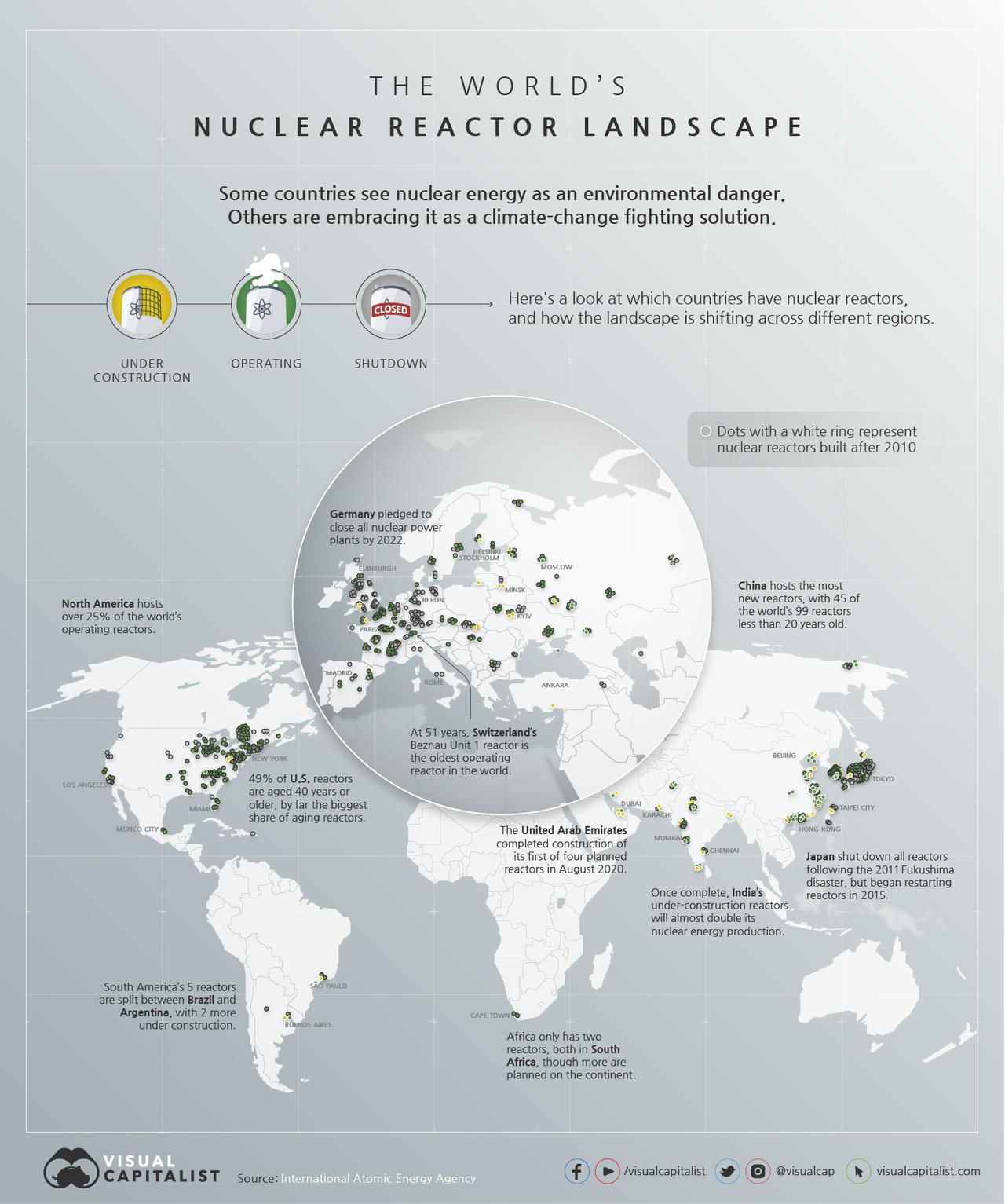 Using data from the Power Reactor Information System, maintained by the International Atomic Energy Agency, the map above gives a comprehensive look at where nuclear reactors are subsiding, and where future capacity will reside.

Despite a dip in total capacity and active reactors last year, nuclear power still generated around 10% of the world’s electricity in 2019.

Part of the increased capacity came as Japan restarted some plants and European countries looked to replace aging reactors. But most of the growth is driven by new reactors coming online in Asia and the Middle East.

China is soon to have more than 50 nuclear reactors, while India is set to become a top-ten producer once construction on new reactors is complete. 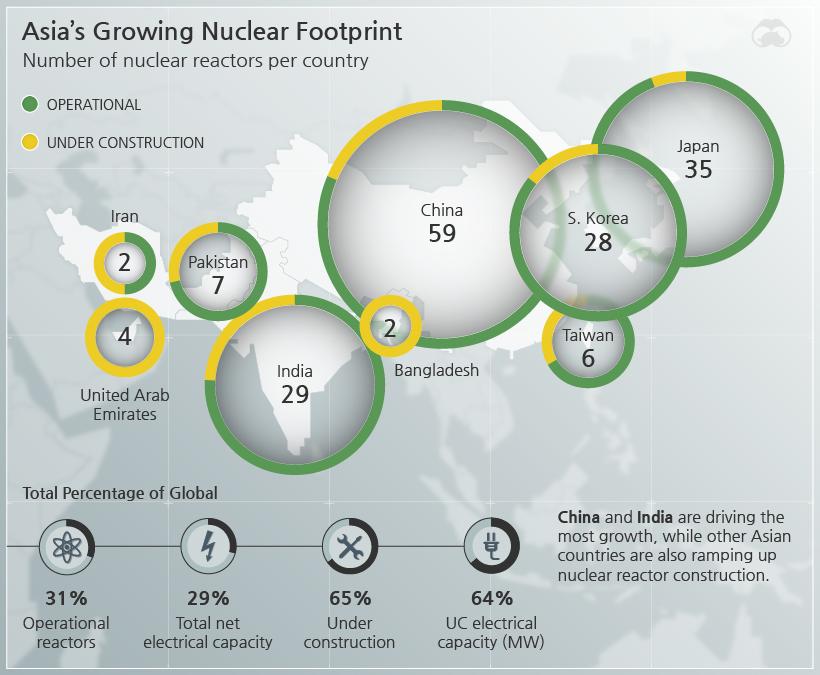 Decreasing Use in Western Europe and North America

The slight downtrend from 450 operating reactors in 2018 to 443 in 2019 was the result of continued shutdowns in Europe and North America. Home to the majority of the world’s reactors, the two continents also have the oldest reactors, with many being retired.

At the same time, European countries are leading the charge in reducing dependency on the energy source. Germany has pledged to close all nuclear plants by 2022, and Italy has already become the first country to completely shut down their plants.

Despite leading in shutdowns, Europe still emerges as the most nuclear-reliant region for a majority of electricity production and consumption. 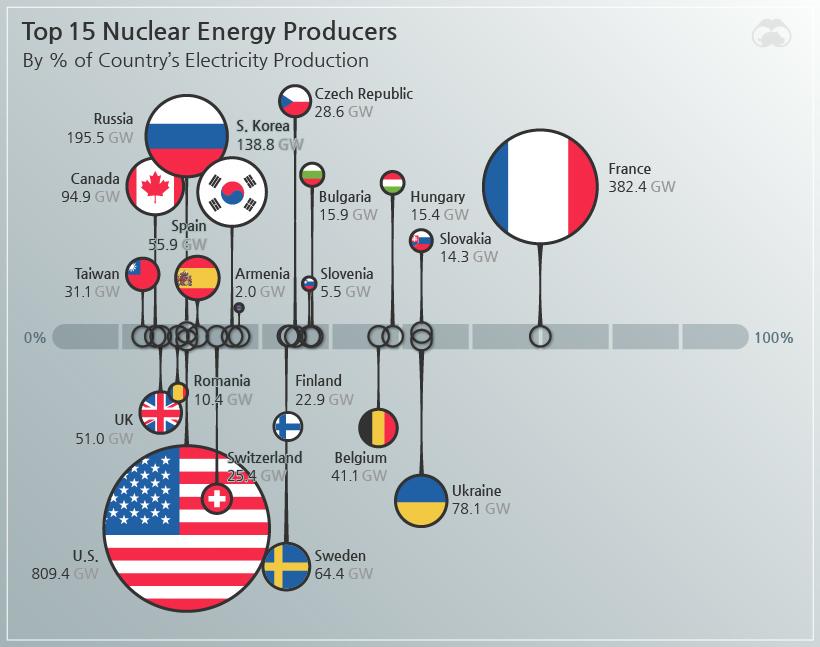 In addition, some countries are starting to reassess nuclear energy as a means of fighting climate change. Reactors don’t produce greenhouse gases during operation, and are more efficient (and safer) than wind and solar per unit of electricity.

Facing steep emission reduction requirements, a variety of countries are looking to expand nuclear capacity or to begin planning for their first reactors.

A New Generation of Nuclear Reactors?

For those parties interested in the benefits of nuclear power, past accidents have also led towards a push for innovation in the field. That includes studies of miniature nuclear reactors that are easier to manage, as well as full-size reactors with robust redundancy measures that won’t physically melt down.

Additionally, some reactors are being designed with the intention of utilizing accumulated nuclear waste—a byproduct of nuclear energy and weapon production that often had to be stored indefinitely—as a fuel source.

With some regions aiming to reduce reliance on nuclear power, and others starting to embrace it, the landscape is certain to change.