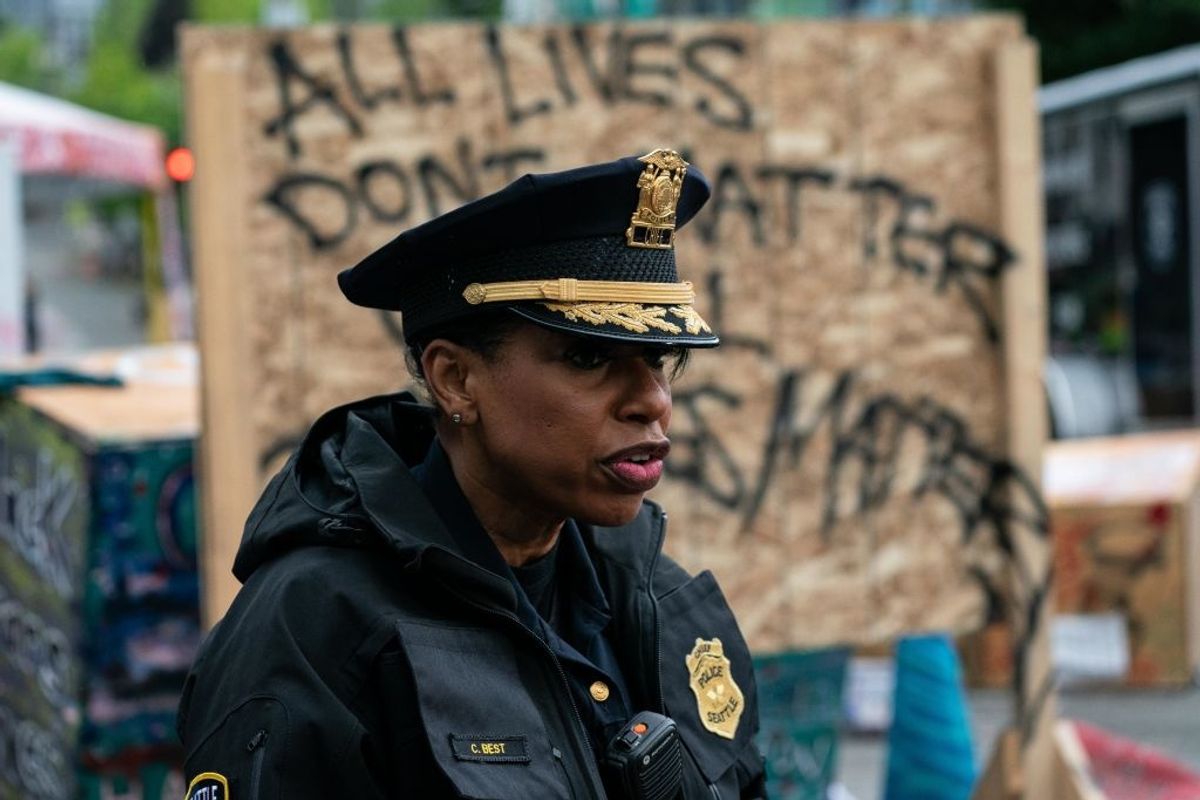 Seattle Police Chief Carmen Best — who has denounced “mob rule” in the city amid Black Lives Matter protests and has been targeted by “aggressive protesters” — announced her resignation Monday night.

The decision came only hours after the Seattle City Council voted 7-1 to cut the police department annual budget by about $3 million, a move that could reduce the department’s force by 100 officers, KING-TV reported.

The outlet reported that Best’s resignation was “due to council actions, including a proposed massive pay cut, plus the council’s refusal to denounce marches to her house.”

Best was also reportedly excluded from the council’s discussions about police budget cuts and other changes to the police department.

In a letter to Seattle police officers, Best thanked them for their service alongside her for more than 28 years and urged them to “take care of one another.”

“I am confident the department will make it through these difficult times,” she added. “You truly are the best police department in the country, and please trust me when I say, the vast majority of people in Seattle support you and appreciate you.”

According to KCPQ-TV’s Brandi Kruse, the chief was outspoken in her opposition to budget cuts and was specifically offended by a proposal to cut her pay by 40%.

“I do feel like it’s … animus toward me specifically,” Best reportedly told Kruse in an interview.

Chief Carmen Best is the first black woman to lead the @SeattlePD. She is well respected by the rank and file, as w… https://t.co/BSDavlueHK

Earlier in the summer, police evacuated a six-block area of Seattle as CHAZ (or CHOP) protesters set up an autonomous zone. While Democratic state and local officials did little to stop them and rejected the use of police to dismantle the zone, Best condemned the situation as “absolutely appalling.”

“Rapes, robberies and all sorts of violent acts have been occurring in the area and we’re not able to get to [them],” Best lamented.

KING-TV reports that Best and Durkan will further explain the chief’s decision to resign in a press conference Tuesday morning. Best, who took on the department’s top role in 2018, was the first black police chief in Seattle’s history.

Moka, the HR tool for Arm and Shopee in China, closes $43M Series B

CNN, defender of Biden’s fitness as president, praises VP pick Harris by saying she’s ready to STEP IN if he walks away