Cop says protester pointed loaded rifle at him, had over 100 rounds of ammo — and one bullet in chamber
Skip to content
police Politics Rifle Violent protesters Wisconsin

Cop says protester pointed loaded rifle at him, had over 100 rounds of ammo — and one bullet in chamber 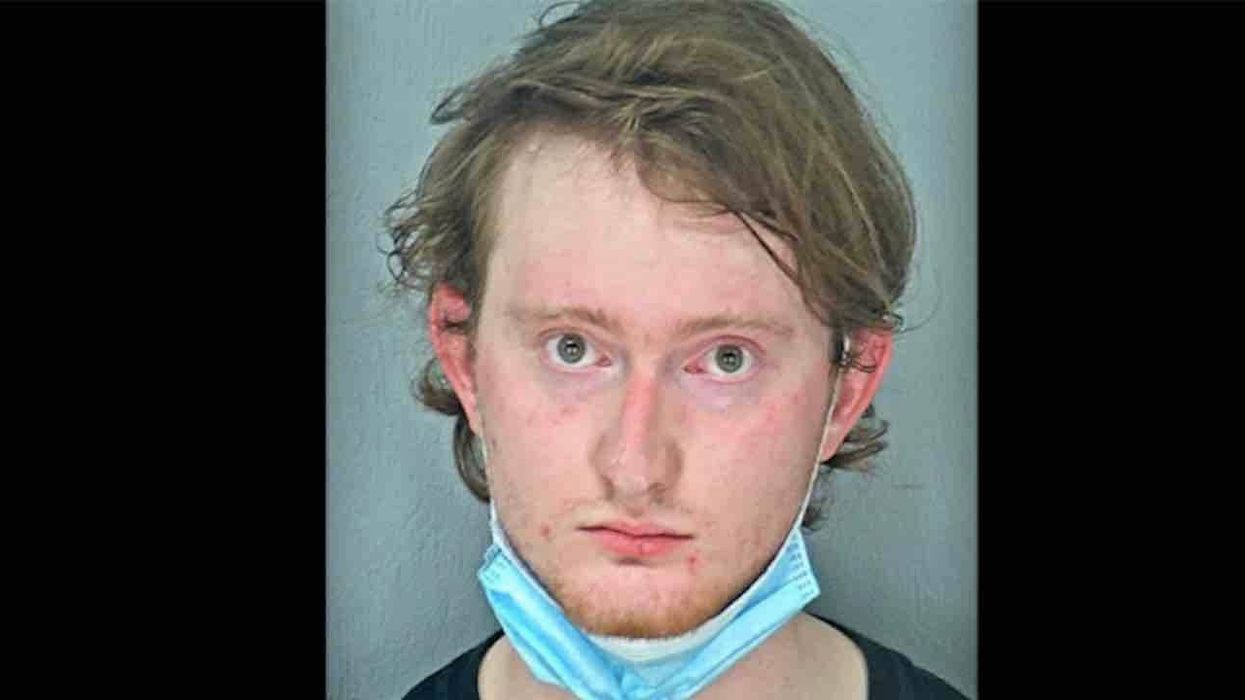 A Wisconsin police officer said a 23-year-old protester pointed a loaded rifle at him — and bit and kicked him — during a Waupaca protest earlier this month,
WBAY-TV reported.

The station said Matthew Lee Banta was charged with:

A criminal complaint also said a bullet was in the rifle’s chamber, WBAY noted, adding that police found 117 rounds of ammunition on Banta, as well as an eight-inch straight blade knife in a sheath on his belt.

A Waupaca police officer responded to the Waupaca Library parking lot to speak with a group of protesters who had gathered there Aug. 1, the station said, adding that the group was planning to march in the streets.

The complaint said five people were open-carrying long guns, WBAY reported, adding that the officer asked them to stay out of the street and avoid stopping traffic.

The officer was notified about 40 minutes later that protesters — about 30 of them — were marching down the middle of a street with vehicle escorts, the station said.

The officer said he asked them to get off the street, WBAY reported. The protesters moved over for a moment and then moved back into the street, the station said, citing the complaint. After several warnings, police started asking protesters for their identification, WBAY reported, adding that they didn’t comply.

Matthew Banta was carrying a rifle and asking, “Is that what you call protecting and serving?” the station said, adding that Banta got in front of an officer and said, “You can do what you want, but we are going to continue to march.”

The officer said he told Banta that if he didn’t get out of the street, he would be arrested, the station said.

The officer reached for Banta’s left arm to attempt to arrest him. Banta stepped back and started down a ditch. The officer reached for Banta’s backpack. That’s when Banta “began raising his rifle.” Banta fell back and kicked at the officer, making contact with the officer’s legs. Banta tried standing and “he again began raising his rifle toward [VICTIM OFFICER],” reads the complaint. The officer said he feared for his life and those around him. The officer grabbed Banta by the shoulders and “threw him onto the ground and held him to the ground.”

“Banta was laying on his hands and the rifle was now underneath him,” the complaint said, according to the station. “Banta was then moving his hands around … as though he was trying to manipulate the gun.”

Police said they told Banta to get his hands off the gun, WBAY noted, adding that the crowd started screaming for officers to get off Banta. The officer reached for Banta’s hand, the station said, adding that Banta bit the officer in the right forearm.

Finally, police were able to get Banta in handcuffs, WBAY said. The officer was taken to a hospital to get the bite wound treated, WLUK-TV reported, citing the complaint.

Banta made an initial court appearance Aug. 3 where his cash bond was set at $10,000, WBAY said, adding that court records show bond was posted Tuesday.

His next court appearance was set for Monday, the station added.

People from all over Wisconsin held a rally Sunday in Waupaca to protest Banta’s arrest, WLUK reported in a separate story.

“The arrest itself was I think ridiculous,” Smith told WLUK. “The protester was exercising his Second Amendment rights, which you get to exercise whether you’re protesting masks at the capitol or are protesting Black Lives Matter in Waupaca.”

Another protester, John Ladetke, seemed to have a different take on gun rights — at least in regard to who’s allowed to exercise them.

“I was born and raised in Waupaca, and people are civil in this town, but recently the civility has gone out the window,” Ladetke told the station. “Right now, as we speak, there are right-wing militia with massive numbers here and guns on our Main Street.”

A WLUK reporter said he tracked down the spokesperson for the Wisconsin charter of the 3 Percenters — and added it’s “a group some have described as extremist, anti-government, and far-right.”

“We support their right to protest,” the 3 Percenters spokesperson told the station in regard to protesters. “But we also help support the local community. Some citizens had worries that it would become violent, and we’re just here to watch their properties and make sure that nothing happens. If it does, we report it to the local police.”