De Blasio ‘brushes off’ NYC bakery manager who tells him, ‘We’re all hurting’ 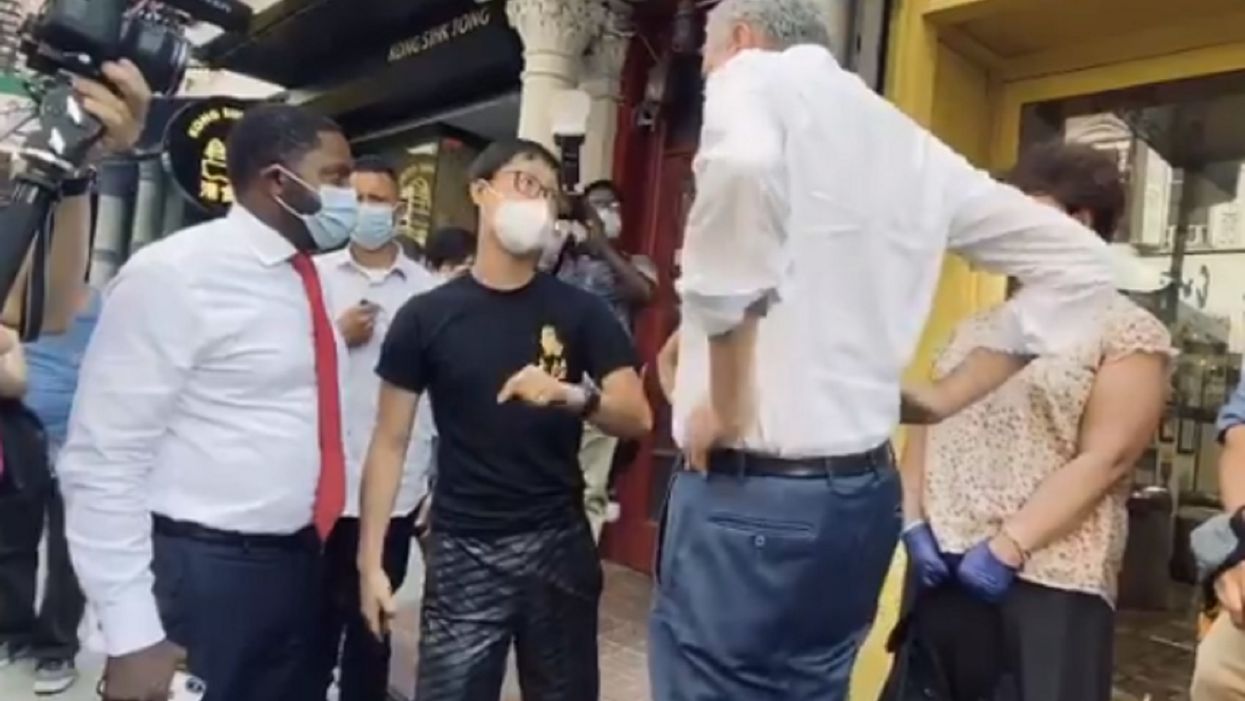 New York City Mayor Bill de Blasio (D) was stopped by a bakery manager while walking through Chinatown on Wednesday, and video of the exchange indicates the mayor was anxious to leave the conversation over what he called “a difference of opinion.”

The worker explained that lockdowns amid COVID-19 have killed businesses, saying “We’re all hurting,” and arguing that people need “confidence.”

Footage of the conversation was posted online by New York Post reporter Elizabeth Meryl Rosner, and shows the manager—later identified as Patrick Mock —telling de Blasio, “We’ve been taking a hit since January. We lost our Chinese New Year, our busiest day of the year of our community. The most festive holiday that we have.”

“Then COVID happened,” he continued. “Now, we’re all hurting so bad. What we need is people’s confidence.”

Someone off camera pushed back against the manager’s claims, and de Blasio turned to walk away while telling Mock, “It’s just a difference of opinion, that’s the bottom line.”

A bakery manager tells de Blasio that his business is suffering from reduced foot traffic in Chinatown: “We’re all… https://t.co/njUl6hfxQQ

According to Meryl Rosner, Mock told her after the exchange, “[de Blasio] brushed me off.” He added that the mayor “was only in Chinatown today for a ‘a photo op mission.'”

A Twitter user identifying herself as a special education teacher in New York City reacted to the exchange, saying, “This is Patrick Mock of 46 Mott who gave out free meals to Chinatown residents from end of March to mid-June to make sure Chinatown was okay. @NYCMayor you turning your back on our Chinatown and to Patrick is not okay.”

Chinatown isn’t the only part of New York City where businesses are hurting from the dramatic loss of foot traffic brought on by the strict coronavirus lockdowns. The New York Times reported Tuesday that retailers and restaurants are fleeing Manhattan, saying the high cost of doing business in the city along with a drastic drop in crowds makes staying there “unsustainable.”

Tourism has also come to a screeching halt in The Big Apple, contributing further to the loss of sales. But most of the people who do make the trek to the city are not allowed to roam: De Blasio has set up checkpoints at entrances to screen for visitors to enforce the 14-day quarantine required of anyone coming from 35 states considered COVID hotspots according to directives by Gov. Andrew Cuomo (D).

Cannon Hinnant, 5, laid to rest after suspect shoots him execution-style: ‘We shouldn’t even be here’