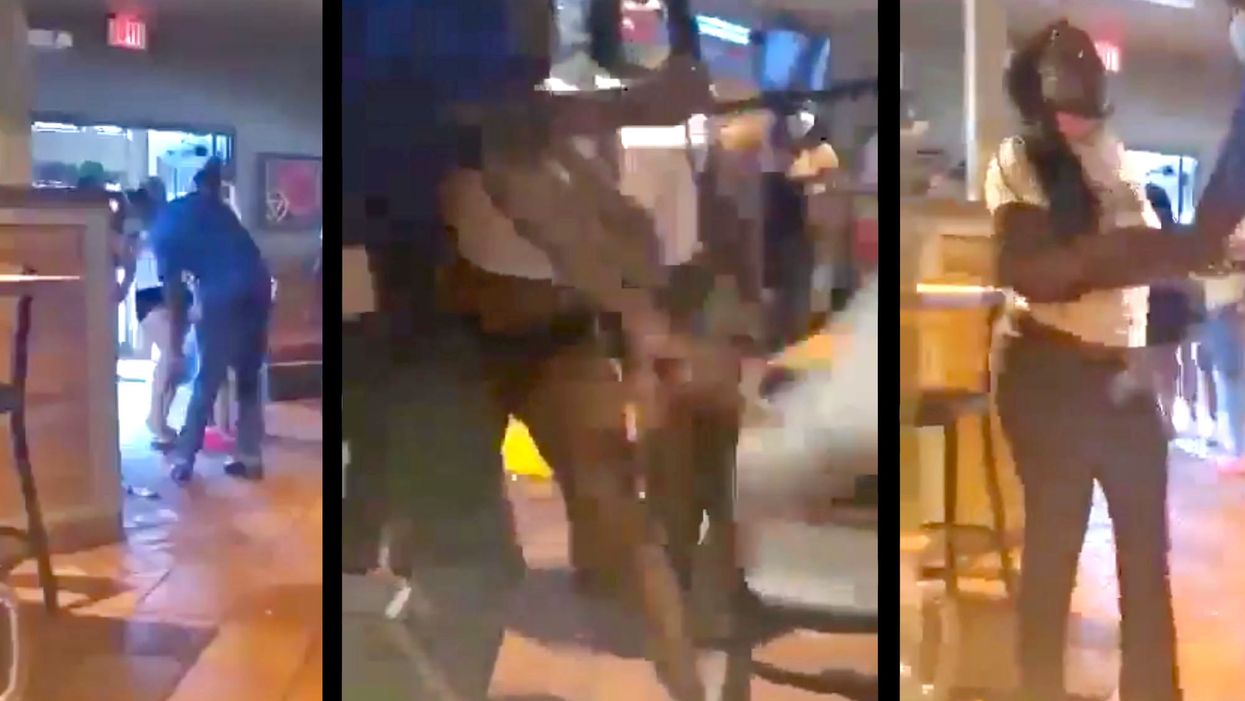 A 17-year-old Chili’s hostess says she was attacked by a group of women who were allegedly angered by the restaurant’s social distancing policies, and the incident was captured on a cellphone video.

The incident unfolded at the Chili’s in Baton Rouge, Louisiana, on Sunday.

Kelsy Wallace, a straight-A high school student, told WBRZ-TV that the women grew upset when they were told that they could not sit at the same table.

“My general manager and my other managers tell us we cannot sit a table bigger than six because of the corona. We are supposed to separate them,” said Wallace.

“And they got upset, so the first thing I did was go get my manager,” she explained.

Instead of de-escalating the situation, the incident turned into a fight.

“But then one girl come and she just hit me; we just started fighting. And all everybody who they was with just started hitting me, and the lady who pushed me first, she takes the wet floor sign, cocks back, and hits me with it in my eye,” said Wallace.

WLBT-TV obtained a cellphone video of the incident and posted it to their social media account.

RAW VIDEO: We now have video of a hostess at Chili’s being allegedly attacked by a group of women after she told th… https://t.co/E7oAltxFSc

Officers from the Baton Rouge Police Department responded to the call from the restaurant but the group had left before they arrived.

Wallace had to go to a hospital to get stitches above her eye. She also had some nails broken during the fight, as well as some hair pulled out from her scalp.

She is studying to be an EMT, and had worked at the restaurant since July in order to save up extra money. She said she would not return to her job after the incident.

“I couldn’t believe, like over two for 25s, and three for 10s, I got attacked,” said Wallace, referring to the generous food and drink specials at the Chili’s restaurant.

The restaurant chain released a statement about the alleged incident to WAFB.

“We care deeply for every ChiliHead and are disappointed by the incident that took place at our Baton Rouge Chili’s on August 9. We do not tolerate violent behavior in our restaurants, and are taking this incident very seriously as the safety and health of our Team Members and Guests is our top priority,” the statement read.

“Following this unprovoked attack, we immediately provided medical attention to our Team Member and called the local police department who is looking into this situation. We have made several attempts to contact the impacted Team Member and her family since the incident to provide support, but unfortunately have not received any response,” they concluded.

The Wallace family has opened a GoFundMe account to raise funds for her education expenses after she quit her job.