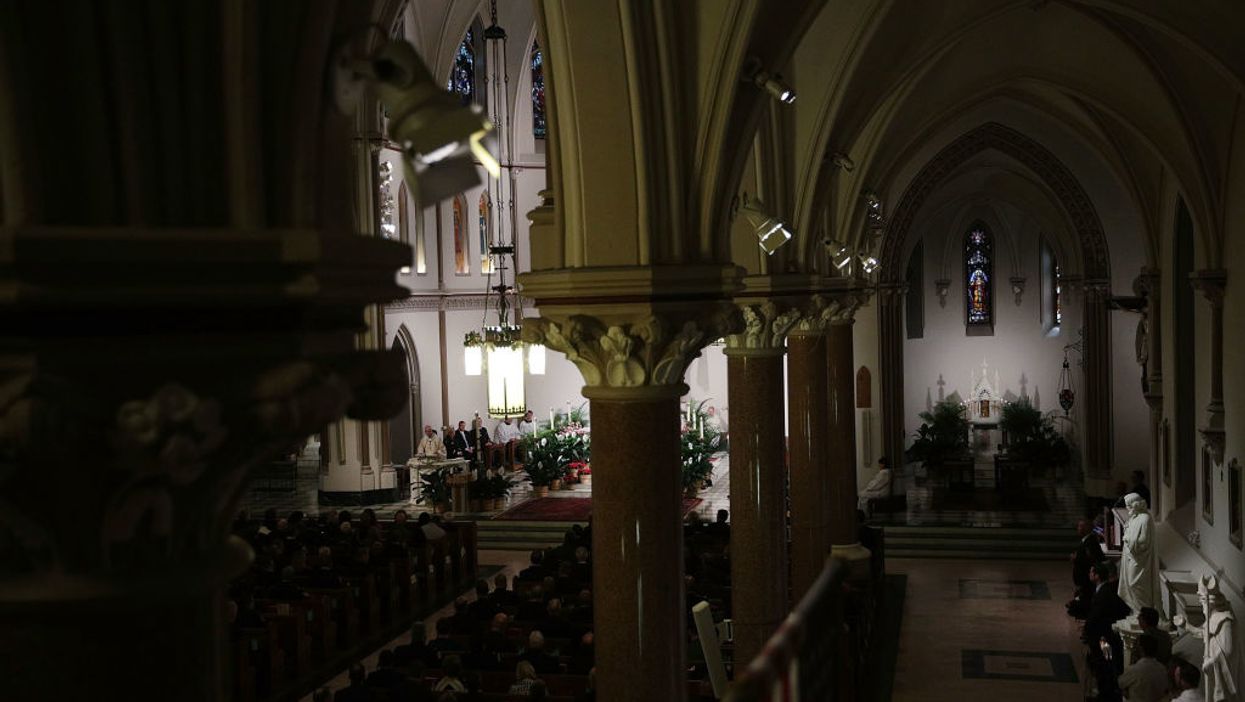 A Washington, D.C., man was charged with fraud for allegedly stealing $2.5 million from the federal COVID-19 relief fund and from the Catholic Church, then using that money for extravagant purchases, including a house, sports car, and yacht.

Kenneth Gaughan, 41, was arrested Tuesday and charged with one count of bank fraud, one count of the theft of government funds, one count of wire fraud, and one count of money laundering. Gaughan allegedly obtained fraudulent money meant to go to businesses struggling to stay afloat during the coronavirus pandemic. According to the Department of Justice, he stole over $2.1 million in Paycheck Protection Program loans and Economic Injury Disaster Loans.

From June 2010 through April 2018, Gaughan reportedly faked invoices for anti-bullying and crisis intervention programs and then billed the archdiocese from three companies he owned.

According to the DOJ, he applied for PPP loans through the U.S. Small Business Administration under companies who “register emotional support animals” by allegedly forging paperwork and bank records.

The government seized the yacht, the luxury automobile, Gaughan’s investment account, and Gaughan’s bank accounts. The federal government is also filing a civil forfeiture complaint for the seizure of his row house.

“During this time, many businesses are feeling the effects of the pandemic. To help businesses make it through, the government offered loans to provide economic relief to small businesses and non-profit organizations that are currently experiencing a temporary loss of revenue and enable them to keep their workers on the payroll. Unfortunately, there are greedy individuals who choose to abuse these programs in order to enrich their lifestyle,” Kelly Jackson, IRS special agent in charge of the D.C. field office, said in a Department of Justice news release. “This conduct will be investigated to ensure crooks are held responsible for stealing this money away from those who were in need.”

“Mr. Gaughan was so emboldened by deceiving a church for eight years he then, allegedly, turned his deception to the government, stealing funds that were meant to be a lifeline for struggling businesses during an unprecedented economic downturn, and greedily using them to satisfy his own materialistic desires,” said FBI Special Agent in Charge Jennifer Boone.

“We will not tolerate the exploitation of this national emergency for personal gain,” said acting U.S. Attorney Michael R. Sherwin. “This Office will not allow fraudsters to steal taxpayer money intended to help small businesses that are currently struggling as a result of the COVID-19 pandemic.”

In late May, the U.S. Department of Justice, the Security and Exchange Committee, and the U.S Attorney’s Office for the Southern District of New York announced fraud charges against former Hollywood executive producer William Sadleir. He was accused of stealing $1.7 million in coronavirus relief loans and embezzling $25 million from investors.

Sadleir, 66, was said to have used the PPP loans to pay off his personal credit cards, $40,000 in car payments, other personal expenses, and to help purchase a $14 million mansion in Beverly Hills.

The Evolution Of Fiat Money, Endless War, & The End Of Citizenship (Part 1)