Did Buffett Just Bet Against The US? Berkshire Buys Barrick Gold, Dumps Goldman

Did Buffett Just Bet Against The US? Berkshire Buys Barrick Gold, Dumps Goldman

This is going to get awkward.

Berkshire Hathaway’s latest 13F just dropped and within those text files is a signal that none other than the Oracle Of Omaha appears to have begun to bet against The United States.

For years – in fact for as long we can remember – Warren Buffet has denigrated gold:

In a speech delivered at Harvard in 1998, Buffett said:

“(Gold) gets dug out of the ground in Africa, or someplace. Then we melt it down, dig another hole, bury it again and pay people to stand around guarding it. It has no utility. Anyone watching from Mars would be scratching their head.”

He once famously said:

In his 2011 letter, Buffett noted that for $9.6 trillion you could buy “pile a” — all of the gold in the world, or “pile b” — the entire US cropland (400 million acres) plus 16 ExxonMobils and still have another $1 trillion left over.

“Admittedly, when people a century from now are fearful, it’s likely many will still rush to gold,” he wrote. “I’m confident, however, that the $9.6 trillion current valuation of pile A will compound over the century at a rate far inferior to that achieved by pile B.”

In 2013, Buffett even went so far as to mock investors betting on gold, saying that there were better places to put your money.

“What motivates most gold purchasers is their belief that the ranks of the fearful will grow,” Buffett wrote in 2012. “During the past decade that belief has proved correct. Beyond that, the rising price has on its own generated additional buying enthusiasm, attracting purchasers who see the rise as validating an investment thesis. As ‘bandwagon’ investors join any party, they create their own truth — for a while.”

“… for every dollar you could have made in American business, you’d have less than a penny of gain by buying into a store of value which people tell you to run to every time you get scared by the headlines.”

“The magical metal was no match for the American mettle.”

All of which makes the following even more stunning…

According to the latest 13F, Howard Buffett’s Berkshire Hathaway has liquidated huge amounts of its exposure to US banks (exiting Goldman Sachs entirely) and added a position in Barrick Gold. 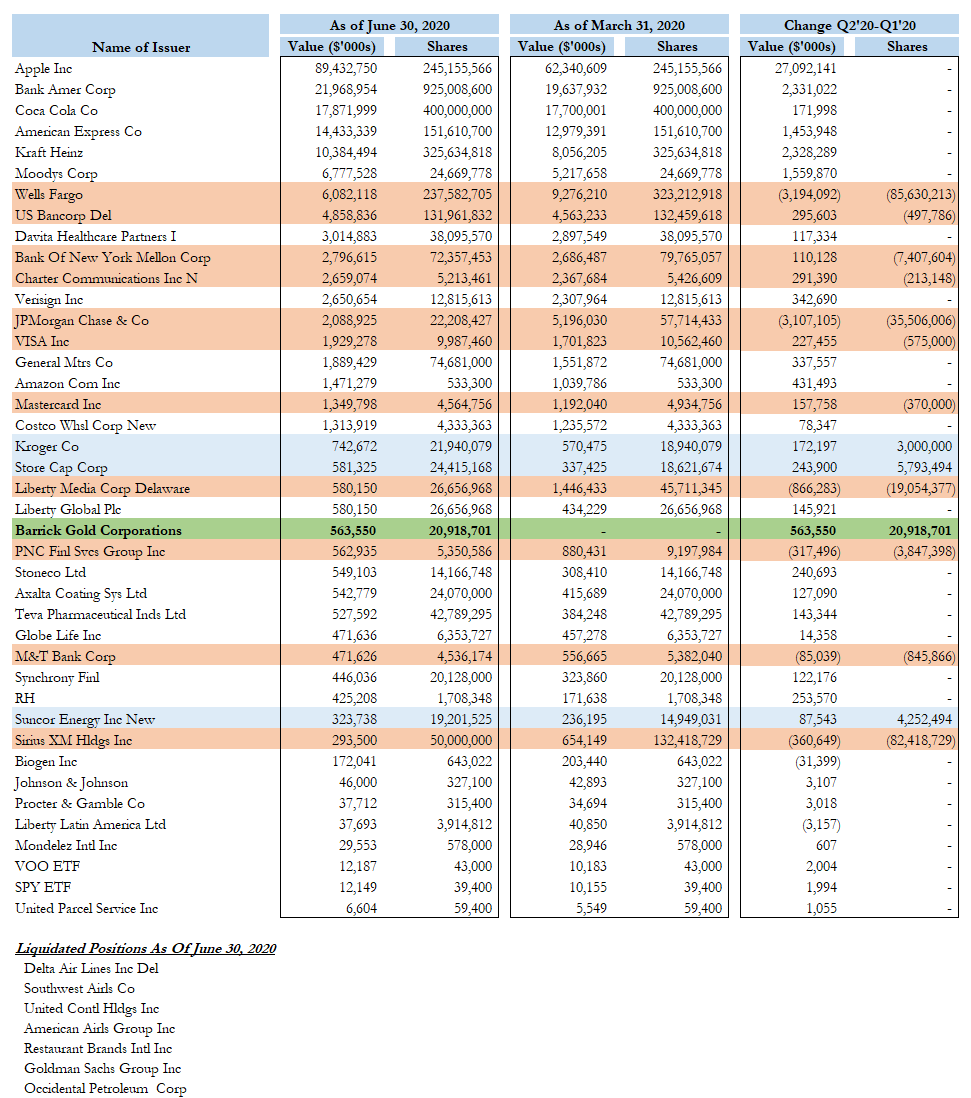 Barrick Gold is up around 6% after hours…

Of course, we do note that this 13F filing reflects the stock picks of Buffett as well as his long-time deputies, Todd Combs and Ted Weschler. So it’s unclear who exactly put money to work in Barrick.

So, the famously anti-gold investor has abandoned banks – ‘the backbone of America’s credit-driven economy – in favor of a gold miner (which was the largest in the world until last year when Newmont bought Goldcorp).

Is Buffett betting against America? With a levered position on precious metals? 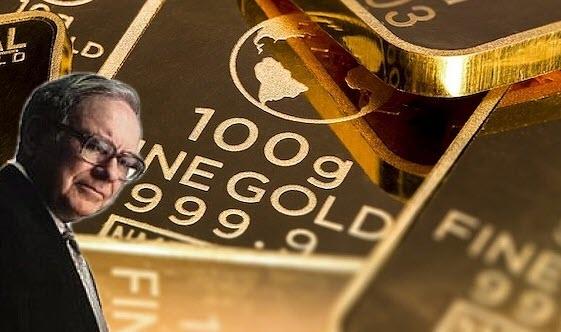 What is most ironic about all of this is that Warren’s father, Howard Buffett, is among the great gold bugs of all time.

As we noted in 2010, a must read essay by Howard Buffett, father of the “legendary” investor who initially was so very much against derivatives then promptly changed his tune, discusses fiat money and gold, and concludes that “human freedom rests on gold redeemable money.”

In this stunningly simple, straightforward, and flawless analysis, Buffett’s father stresses the relation between money and freedom and contends that without a redeemable currency, an individual’s freedom and one’s access to property is dependent on goodwill of politicians.

Buffett also says that paper money systems generally collapse and result in economic chaos. He goes on to observe that a gold standard would restrict government spending and give people greater power over the public purse. Lastly, back in 1948, Howard Buffett, said this the “present” is the right time to restore the gold standard. Alas, 60 years later, his advice has still been largely ignored, and as a result we have a global economy that stands on the precipice of global default with runaway budget deficits across the entire developed world. Key quotes:

“Is there a connection between Human Freedom and A Gold Redeemable Money? At first glance it would seem that money belongs to the world of economics and human freedom to the political sphere.

But when you recall that one of the first moves by Lenin, Mussolini and Hitler was to outlaw individual ownership of gold, you begin to sense that there may be some connection between money, redeemable in gold, and the rare prize known as human liberty. Also, when you find that Lenin declared and demonstrated that a sure way to overturn the existing social order and bring about communism was by printing press paper money, then again you are impressed with the possibility of a relationship between a gold-backed money and human freedom.“

His conclusion is eerily prophetic with what is happening with US society currently:

“I warn you that politicians of both parties will oppose the restoration of gold, although they may outwardly seemingly favor it. Unless you are willing to surrender your children and your country to galloping inflation, war and slavery, then this cause demands your support. For if human liberty is to survive in America, we must win the battle to restore honest money.“

And of course, he notes that the Federal Reserve is at the forefront of those who will do everything in their power to prevent a return of the gold standard:

Most opponents of free coinage of gold admit that that restoration is essential, but claim the time is not propitious. Some argue that there would be a scramble for gold and our enormous gold reserves would soon be exhausted.

Actually this argument simply points up the case. If there is so little confidence in our currency that restoration of gold coin would cause our gold stocks to disappear, then we must act promptly.

The danger was recently highlighted by Mr. Allan Sproul, President of the Federal Reserve Bank of New York, who said:

“Without our support (the Federal Reserve System), under present conditions, almost any sale of government bonds, undertaken for whatever purpose, laudable or otherwise, would be likely to find an almost bottomless market on the first day support was withdrawn.”

Our finances will never be brought into order until Congress is compelled to do so. Making our money redeemable in gold will create this compulsion.

The full essay is below, which we are confident was never read by Howard’s “oracular” son… until perhaps very recently…

Did it really take him until he was 90-years-old to realize that his dad was right after all?

So what happens next? Do Munger and Buffett buy bitcoin?