Joe Biden warns America’s suburbs will be destroyed by ‘hellish’ fires, floods, and superstorms if ‘climate arsonist’ Trump is re-elected 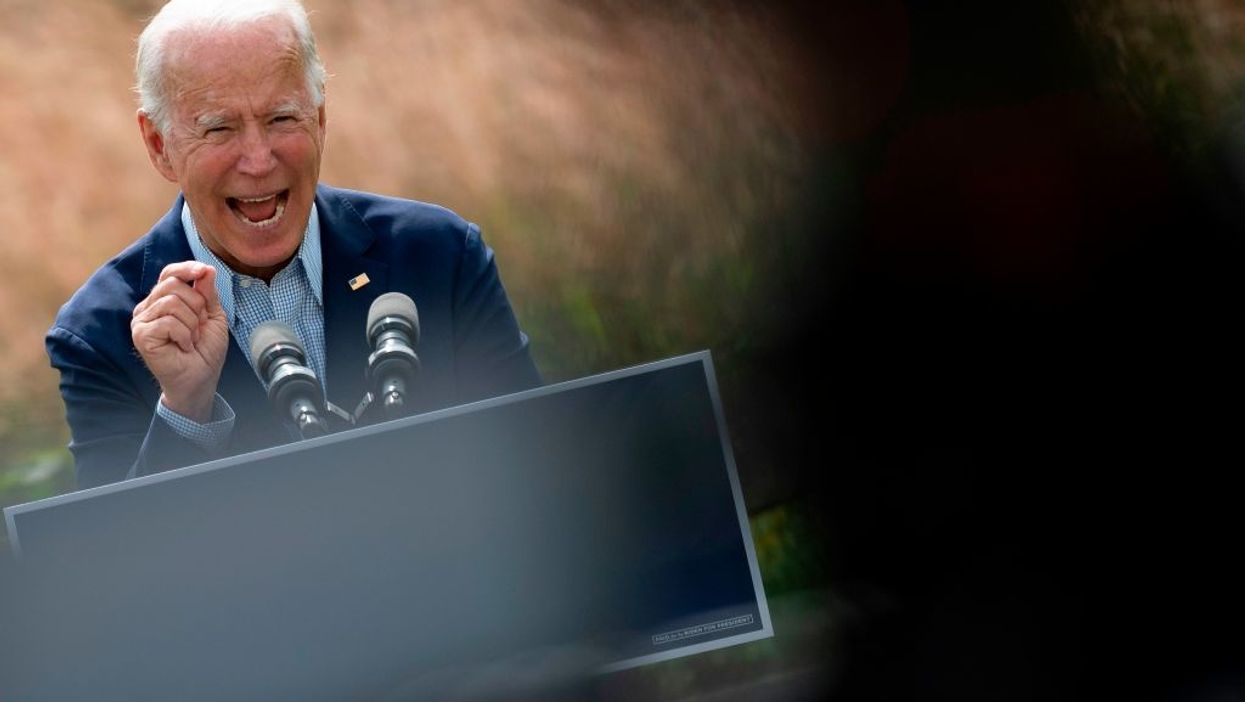 The ominous prediction, which came as historic wildfires scorch much of the country’s West Coast, sounded like a prophecy out of the Book of Revelation.

The former vice president made the comments during a speech on climate change Monday in Wilmington, Delaware, as the president headed to California to be briefed on the catastrophic fires.

In the speech, though he conceded that Trump didn’t directly cause the natural disasters that have plagued America in recent months, Biden suggested that the president’s “climate denial” was a contributing factor.

“Donald Trump’s climate denial may not have caused these fires and record floods and record hurricanes, but if he gets a second term, these hellish events will continue to become more common, more devastating and more deadly,” Biden warned.

“Wildfires are burning the suburbs in the West! Floods are wiping out suburban neighborhoods in the Midwest! Hurricanes are imperiling suburban life along our coast!” he continued, raising his arms and his voice.

“We need a president who respects science,” Biden suggested. “[A president] who understands that the damage from climate change is already here.”

Trump sparred with officials during his visit to California Monday over the cause of the wildfires and the best course moving forward to prevent them.

The president has suggested that poor forest management has much to do with igniting the fires.

“When trees fall down, after a short period of time … about 18 months, they become really dry. They become really like a matchstick … and they just explode,” Trump told reporters ahead of the roundtable discussion.

“Also leaves, if you have years of leaves, dried leaves on the ground, it just sets it up,” Trump added. “It’s really a fuel for a fire. So they have to do something about it.”

During the discussion, California Democratic Gov. Gavin Newsom shot back at the president after acknowledging poor forest management is a part of the problem, noting that 57% of California forests are on land controlled by the federal government.

The governor also pushed back on Trump’s perspective that climate change is not the primary cause of fires.

“The hots are getting hotter. The drys are getting drier,” Newsom asserted. “Something has happened to the plumbing of the world … and we submit the science is self evident that climate change is real. Please respect the difference of opinion out there.”