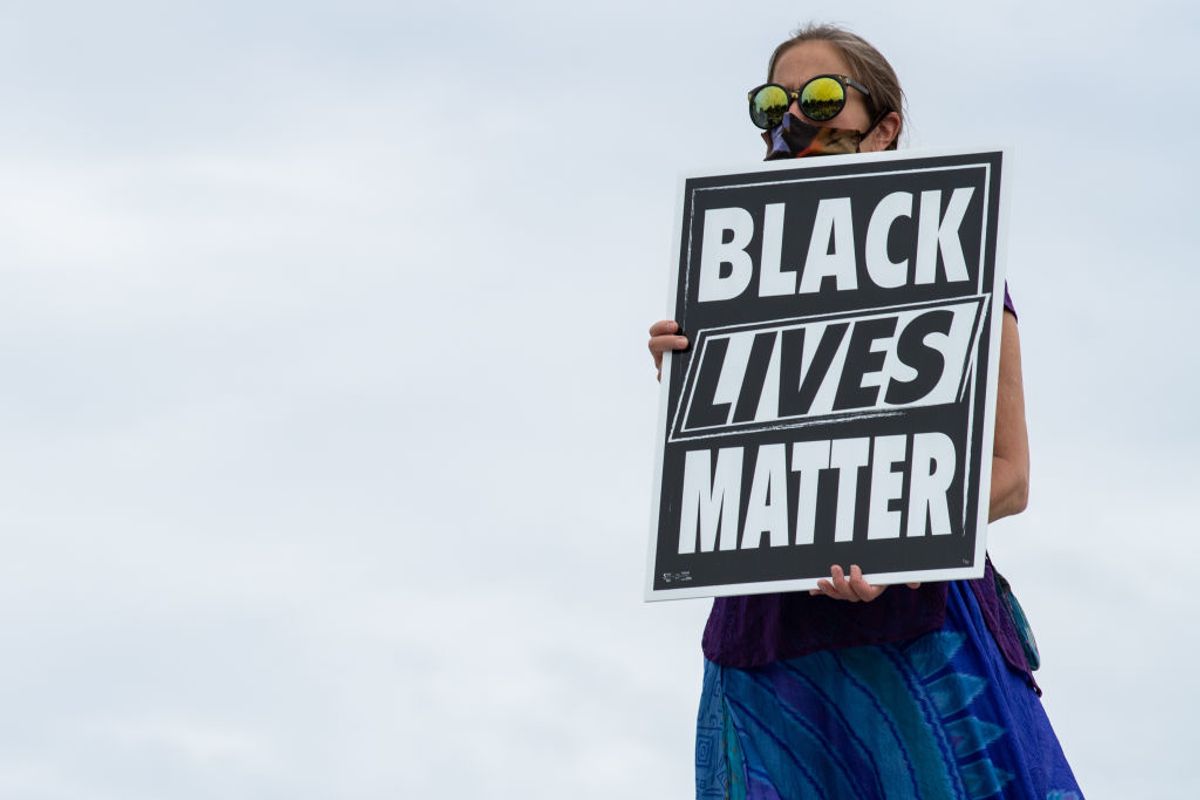 A group of Black Lives Matter protesters in Seattle allegedly stormed a Trader Joe’s last week to protest “lack of access to grocery stores” and educate patrons on “how capitalism exploits the working class.”

“If Ballard residents won’t come to the protest, we’ll bring the protest to them!” the group, Morning March Seattle, said in a post on Instagram showing protesters occupying the store and holding signs that say “Black Lives Matter All Day Every Day” and “Defund [Seattle Police].”

“We stopped by the local Trader Joe’s this morning to share some education about lack of access to grocery stores in Black and Brown communities and the barriers that creates [sic], how capitalism exploits the working class, and of course gentrification,” the post continued.

According to its Instagram profile, the group advocates for abolishing police — which it portrayed using a pig emoji — and the redirecting of funds into black communities (i.e. wealth redistribution).

The store manager evidently felt so threatened by the demonstration that he threatened to call the police and prevented patrons from entering the store while it was going on.

Why does it matter?

If this critique of Trader Joe’s sounds a lot like something that would be advanced by Marxist philosophers, that’s because it is.

The goal of Marxism, after all, is a society in which there is common ownership of the means of production and free access for all, in contrast to capitalistic society, which Marxists argue leads to the exploitation of the working class and restricts their access to goods and services.

The rhetoric is not surprising, however, because Black Lives Matter leaders have acknowledged in the past that they are “trained Marxists.”

What is ironic about Morning March Seattle’s protest is that “access” seemed to be quite obviously available for the protesters, who easily waltzed into the grocery store. Access was taken away from patrons, however, who were temporarily barred from entry by the protesters’ presence.

Perhaps even more ironically, the only ones who have willfully restricted access to others in recent weeks are the Morning March protesters when they formed a blockade across Interstate 5 in Seattle earlier this month.

The group, which boasts organized marches every weekday, hit the streets Sept. 4, blocking all southbound lanes along the interstate.

The incident resulted in 9 arrests being made and 9 vehicles being impounded by Washington State Patrol troopers.

Morning March bragged about the incident on its Instagram:

Joe Biden is already being cagey about expanding the Supreme Court

Dear Sophie: Possible to still get through I-751 and citizenship after divorce?

Joe Biden is already being cagey about expanding the Supreme Court

Dear Sophie: Possible to still get through I-751 and citizenship after divorce?